What was Wrong with King John?

W.L. Warren makes an attempt to sift the facts from the lurid legend of an English monarch who has left a reputation for evil second only to Richard III’s.

The Capture and Death of Major André

The Russian Revolution in Today's Perspective

“We shall now proceed to construct the Socialist order” announced Lenin to the Congress of Soviets early on the morning of November 8th, 1917. He had prepared no blueprint from which to work, and forty years later, writes Ernest Bock, the structure of the Soviet state is very different from that which its founder envisaged.

The Origins of Lloyd’s

The First Japanese Mission to England

In 1862 a Japanese official mission visited England, nine years after the re-opening of their country to the world. Carmen Blacker describes how their strange attire and ‘inscrutable reticence’ surprised the mid-Victorian public.

In Thucydides' history of the Peloponnesian War, P.A. Brunt sees why and how the Greeks failed to encompass peace and unity.

The Golden Age of Amsterdam

Graham Dukes takes the reader on a visit to Amsterdam in her early modern heyday: a state within a state; a rich, self-assured, multicultural city, run by businessmen, for businessmen. 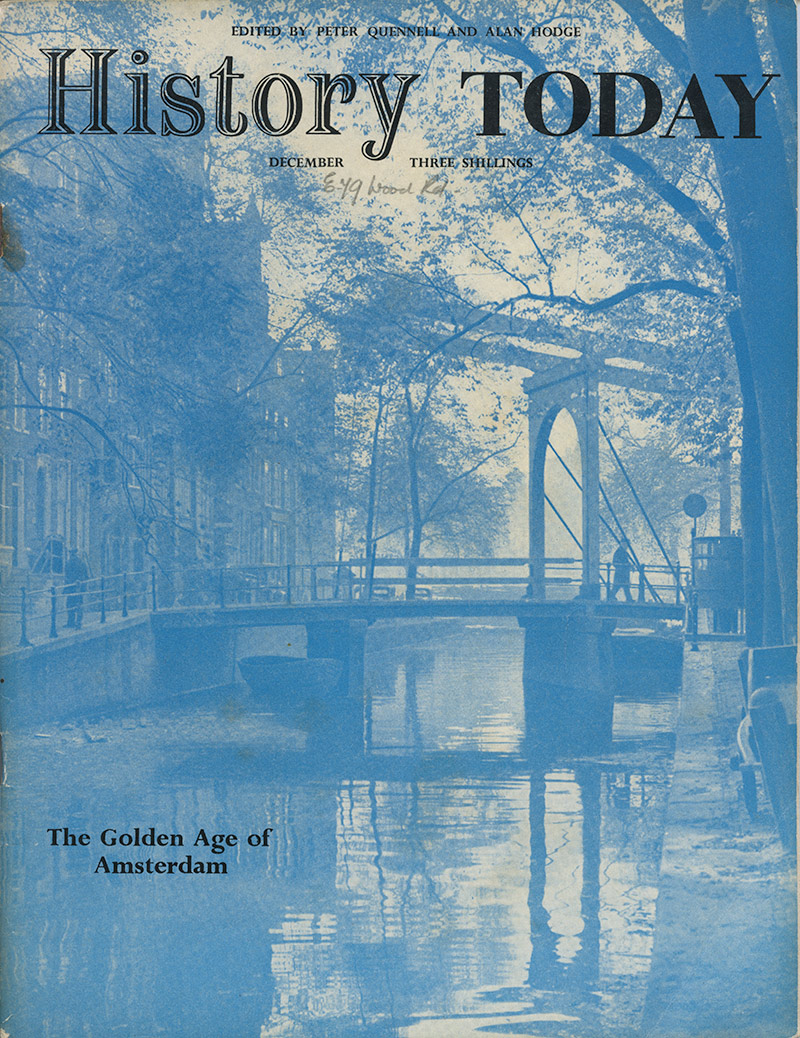