Why a Greek? An East African Frontier in 1905

Charles Chevenix Trench describes how an adventurous Greek in British Service played a large part in the trade and politics of the Horn of Africa.

Vivian Lewis introduces the life and and career of a gifted demagogue and revolutionary; Ferdinand Lassalle founded the first German Socialist party and was killed in a romantic duel.

An Episode in Anglo-Hanseatic Relations

During the Wars of the Barons in the reign of Henry III, writes Margaret Wade Labarge, everyday life and tastes are recorded in the household rolls of Eleanor de Montfort.

From the mid-sixteenth century onwards, Japanese feudal lords competed with one another in the construction of massive and imposing castles. Today many of them have been lovingly restored.

Zurich and the Reformation in Switzerland

Zwingli’s influence on Protestantism in England and the Netherlands was profound and lasting; G.R. Potter profiles the Swiss Reformer and his social background.

The year 1265 marked the climax in the fortunes of Simon de Montfort, Earl of Leicester. Having defeated the forces of King Henry III during the previous summer, and captured his son and heir, Prince Edward, the Earl was the effective master of baronial England. But his dominance did not endure for long. In May, Prince Edward escaped from his guards and, on August 4th, he overwhelmed Montfort's army at the Battle of Evesham; the Earl himself was killed in the engagement. For six months of this period, the Montfort household rolls have survived. Originally compiled for his wife, the Princess Eleanor, sister of Henry III, they present a remarkably intimate picture of domestic and social life in a powerful thirteenth-century nobleman's family, writes Margaret Wade Labarge. 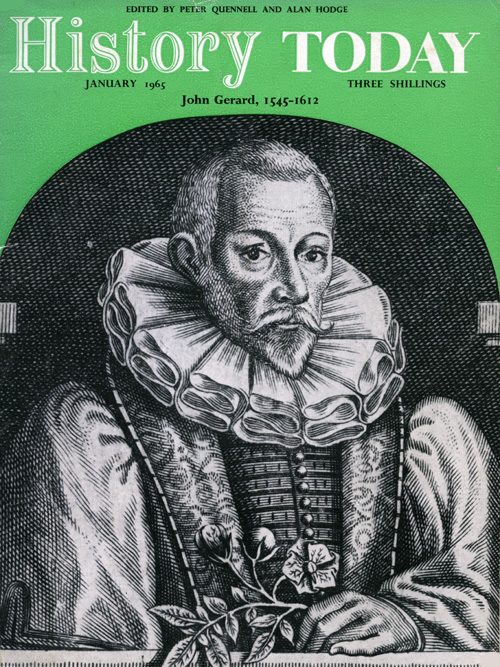