A century of struggle over the meaning of ‘Jerusalem’.

‘Jerusalem’, the poem written by William Blake which was set to music by Charles Hubert Parry during the First World War, is usually assumed to be one of the most patriotic songs ever composed. Yet when, in 1804, William Blake etched the copper plate that would become the Preface to his epic work, Milton, a poem, the stanzas beginning ‘And did those feet’ were part of a counterblast against supporters of the conflict with France. These he described as hirelings in the camp, court and university who would ‘for ever depress Mental & prolong Corporeal War’. Those words were made bitter by his own experience: the year before he had been arrested and arraigned for sedition, accused of saying ‘damn the king’ in an argument with a soldier in his garden at Felpham.

Blake’s vision of building Jerusalem in England’s green and pleasant land was clearly in opposition to the demands of the Establishment, but it was precisely that Establishment which sought to harness the energy of Blake’s poem in 1916. Robert Bridges, then Poet Laureate, had published The Spirit of Man, a collection denouncing ‘Teutonic militarism’ that included Blake’s stanzas. With Henry Walford Davies, he convinced Parry to set Milton to music to provide an anthem for the organisation Fight for Right. Set up by Francis Younghusband, Fight for Right was a curious organisation, part propaganda outfit, part mystical collective, that viewed its mission as greater than simply defeating the Germans. Parry’s setting was first performed at the Queen’s Hall in London on 28 March 1916.

It was the aim of Bridges, Walford Davies and Younghusband to use ‘Jerusalem’ to inspire their members. Parry, however, had other ideas. Deeply troubled  by the war with Germany, he hated the jingoism of many of those involved in Fight for Right. Instead, he granted copyright to the National Union of Women’s Suffrage Societies (NUWSS) and wrote to Millicent Fawcett in 1918 that he hoped it would become the ‘Women Voters’ hymn’. Parry’s early biographer, Charles Graves, observed that ‘Jerusalem’ had been ‘suggested for one movement and claimed for another’.

The immediate reception of the hymn, then, was complicated almost from the very beginning. It was only in 1924, when Elgar conducted ‘Jerusalem’ at the British Empire Exhibition, that the connections between Parry’s music and women’s suffrage was fully replaced by an association with nationalism. For a time nearly every performance or invocation of Blake’s words seemed intended to support the status quo, whether in Stanley Baldwin’s valedictory on the BBC at the end of the General Strike in 1926, or George V insisting that it be performed at the concert to mark his Silver Jubilee in 1935. This was the time when ‘Jerusalem’ appeared to be fully imperialised and its links to progressive forces in decline. By the end of the war, however, it was Labour supporters rather than Conservatives who sang the hymn to celebrate their party’s victory.

The connections between ‘Jerusalem’ and the English labour movement did not begin in 1945, of course. Clement Attlee first cited Blake’s poem in his 1920 book The Social Worker, while the campaigning journalist J.W. Robertson Scott invoked it to call for improvements in the lives of the rural poor in England’s Green and Pleasant Land (1925). If the First World War heard Blake’s stanzas as an explicit call to militarism, throughout the Second it was used much more ambivalently, as when the communist Paul Robeson recorded the hymn in 1939, or when Virginia Woolf saw in Blake’s call for mental fight a new, more radical form of Englishness. As such, it was much less surprising for Attlee to conclude his 1951 speech at Scarborough with a call to ‘go forward in this fight in the spirit of William Blake’.

The 1950s, then, established a polarised meaning for the Blake-Parry hymn. As part of the Labour Party Song Book it was a paean to the newly established welfare state – but, included in the Last Night of the Proms from 1953 onwards, it was more closely linked to a nostalgia for the British Empire. This was also the beginning of the surge of ‘Jerusalem’ as part of mass media popular culture, with the few recordings that had been made since the 1920s beginning to proliferate in the immediate postwar period. Yet this very prevalence of the hymn contributed to its decline into kitsch and irrelevance in the 1960s and 1970s. Whether a song of the old Left or the older Right, ‘Jerusalem’ was well and truly part of the Establishment and little more than a ditty for marching brass bands or the butt of satire, whether in the 1969 Monty Python episode, ‘Full Frontal Nudity’ (where singing it prevents a conservative salesman having to listen to anything suggestive) or Derek Jarman’s 1977 film, Jubilee, in which a gay Christ is offered up for England’s sins to its stirring strains.

Some 60 years after its composition, ‘Jerusalem’ seemed to be increasingly moribund. Its revival came with Thatcherism, in part due to a resurgent Conservatism which saw the hymn as a clear sign of when England had been great (although Margaret Thatcher herself always appeared ambivalent to its charms); this appeal most famously wrapped itself up in the marketing of Chariots of Fire following the re-release of that film after its Oscar win during the Falklands crisis. More surprisingly, it was during the events leading to Thatcher’s fall from political grace after the 1990 poll tax riots that the hymn was used more stridently by the Left. This was most clearly seen with Billy Bragg’s inclusion of it on his first completely political album, The Internationale. But at the same time the industrial group Test Dept mixed Parry’s music and a speech by Thatcher in their subversive album Pax Britannica. This was the time when the Blake-Parry hymn ceased to be a nostalgic irrelevance; instead of a sign of England’s dreaming, it was set to be the scene of mental fight in the culture wars over what Englishness means in the 21st century.

Jason Whittaker is Head of the School of English and Journalism at the University of Lincoln and the author of Jerusalem: Blake, Parry and the Fight for Englishness (Oxford University Press, 2022). 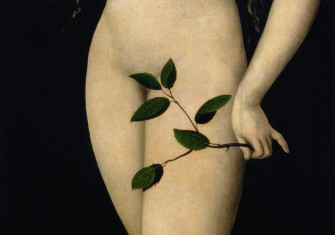 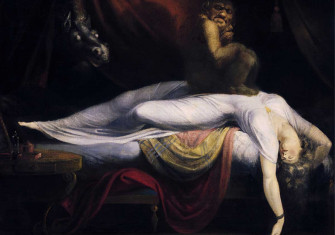