Perhaps the greatest disaster to ever befall humanity, the pandemic of 1918 is strangely overlooked. 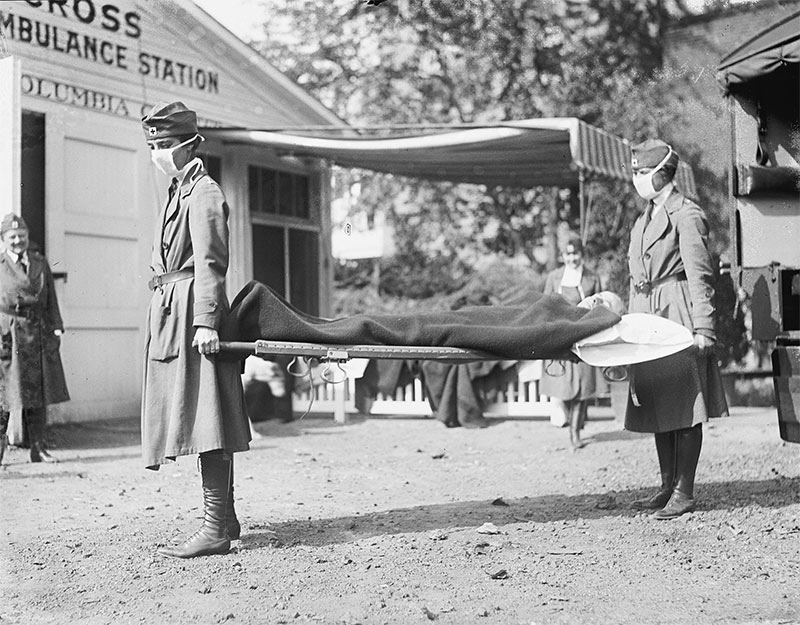 The history of humanity is punctuated with purges. Large numbers of people have died in short periods of time as a result of wars, disease and natural disasters. Once these have passed, it falls to the survivors to count the dead. This is never easy, but it is harder for some kinds of disaster than for others. It may be hardest of all for a pandemic, as Ole Benedictow acknowledged in his 2005 article, The Black Death: The Greatest Catastrophe Ever.

Natural disasters tend to have a geographical focus and, as in most wars in history, the bulk of the action takes place in circumscribed ‘theatres’. By contrast, in a pandemic – an epidemic that encompasses several countries or continents – those who die do so over a large area, often before their disease has been diagnosed and sometimes even before their lives have been recorded. This was especially true before the late 19th century, when germ theory became widely accepted and epidemiology was established as a science.

The Black Death was a pandemic of bubonic plague and its variant, pneumonic plague, that washed over Europe and Asia in the mid-14th century. For a long time it was believed to have wiped out around 30 per cent of Europe’s population, but based on new information about mortality rates among ‘ordinary people’, Benedictow concluded that this number should be doubled. Of Europe’s estimated 80 million inhabitants at the time, 50 million must have died.

Almost 600 years later, humanity experienced another pandemic. This was the so-called ‘Spanish’ flu of 1918-20 and it was truly global. For most of the 20th century, it was thought to have killed around 20 million people. In 1991 that number was revised to 30 million and seven years later it was adjusted again, to 50 million. Niall Johnson and Jürgen Müller, the historians who produced that latest figure, warned that it, too, could be an underestimate and that the real death toll might be as high as 100 million.

Bubonic plague and influenza are very different diseases. The former is caused by a bacterium spread by rat fleas, the latter by a virus carried on the breath. Flu is therefore more contagious, but plague is more lethal. Untreated plague kills 80 to 90 per cent of those who contract it, whereas flu – even a vicious flu such as the 1918 variety – rarely kills more than five per cent and usually fewer than one per cent. They spread at different rates and according to different seasonal patterns. In both cases their diffusion is shaped by the society into which they emerge; these were very different in 14th- and 20th-century Europe, but both societies were ignorant as to the cause of the horror. Medieval people considered epidemics acts of God, while in 1918 it was believed the flu was caused by a bacterium, not a virus.

That ignorance may explain some curious historical echoes in the way we remember – or misremember – the two pandemics. Both were once thought to have started in China. The Black Death actually started on the Eurasian steppes, while the origin of the Spanish flu remains a mystery, though the US is a strong candidate. Both were misnamed: the ‘black’ in ‘Black Death’ is probably a mistranslation of the Latin word atra, which means ‘terrible’ and ‘black’, while, if there is anything we know for certain about the Spanish flu, it is that it did not start in Spain. But there is one way in which our memories of the two pandemics diverge and in that divergence lies a crucial insight into the way historical understanding forms.

Both pandemics overlapped with wars – the Black Death with the Hundred Years’ War, the Spanish flu with the First World War – and in each case the pandemic was by far the more lethal event. Yet the Black Death is remembered in its own right, while the 1918 flu tends to be recalled as a mere footnote to the First World War, if it is recalled at all. That the Black Death gets its own psychological ‘monument’ is a tribute to the efforts of generations of researchers, culminating in Benedictow. But the Spanish flu only happened 100 years ago and its monument is a work-in-progress. That monument will only be completed once experts can say, as Benedictow did for the earlier catastrophe, how it was experienced by ordinary people.

Laura Spinney is the author of Pale Rider, to be published in June 2017 by Jonathan Cape.