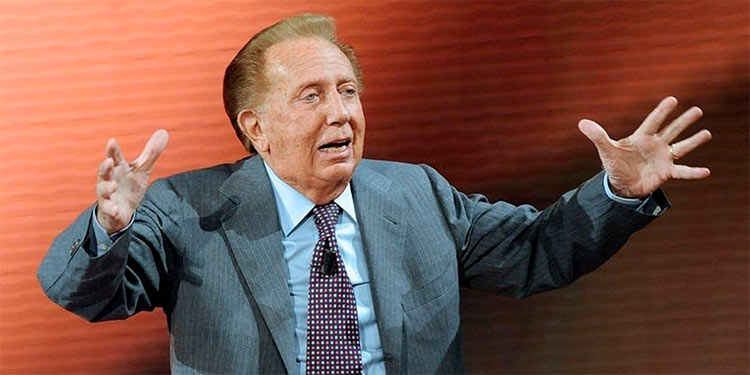 Just a week ago, Donald Trump’s victory seemed unlikely. His campaign had been disastrous. In one rambling speech after another, he denounced Mexicans as rapists and murderers, called for Muslims to be banned from entering the United States, demanded a trade war with China, voiced absurd conspiracy theories and insulted the parents of a dead war veteran. In the presidential debates, he displayed a preference for crude generalities and childish insults over detailed policy proposals. On the trail, he lied brazenly. He offended people of colour; he alienated Hispanics and he was caught making unacceptably vulgar remarks about women. At one point, he even suggested that Hillary Clinton should be assassinated. Any other presidential candidate would have been destroyed long ago had they made even half the gaffes and blunders as he had. In any ordinary election cycle, Donald Trump would have been, too. Indeed, pollsters were so confident that he would be defeated that on the day before the election, the New York Times gave him a paltry 15 per cent chance of winning, while the Huffington Post put the odds of a Trump presidency at just two per cent.

So how did he win? How did this ‘braggadocious’, permatanned game show host confound expectations so dramatically? According to political analysts, a variety of factors were at play. There was political alienation. Feeling let down by the Washington ‘establishment’ and let down estranged from the two-party system, many Americans were ready to embrace an ‘outsider’. There were voter demographics. Especially in the Mid-West, white, working-class voters without a college education abandoned the Democrats for the first time in a generation. Especially in rural areas – where Trump was strong – voters turned out in huge numbers. And then there was the news. Although the FBI’s investigation into Hillary Clinton’s use of a private email server during her time as Secretary of State did not result in any charges being brought, FBI Director James Comey’s handling of the affair damaged her.

There is perhaps something in all of these. But history suggests that there may be an alternative explanation for the Trump’s triumph.

In the 1950s and early 1960s, Mike Bongiorno (1924-2009) was Italy’s most successful game show host. He was an unlikely star. Despite his taste for well-cut suits, his bouffant hairdo, unnaturally white teeth and fake tan gave him a rather absurd appearance. Whenever he spoke, he seemed almost comically stupid. He had a painfully limited vocabulary and rarely uttered a sentence without making a number of glaringly obvious grammatical mistakes. He also had the incomprehensible habit of saying Allegria! (‘Cheers!’) at the beginning of every programme. What was more, he was ludicrously misogynistic, even by the standards of the day. The film director and poet, Pier Paolo Pasolini denounced him for treating women as nothing more than vallette (assistants), good only for wandering around in scanty costumes while he leered at them with unconcealed lasciviousness. And yet his shows – notably Lascia o raddoppia? (1955-9) and Campanile sera (1959-62) – were enormously popular, especially among women. Indeed, the more gaffes he made, the more ridiculous he made himself, the more people adored him.

For many Italian intellectuals, Bongiorno’s popularity was inexplicable. How, they asked, could such a man be so well loved? How could the land of Dante, Petrarch and Boccaccio be besotted with someone who seemed to be so stupid? But for Umberto Eco – who was then working as a cultural editor at RAI (the Italian state broadcaster) and a lecturer at the University of Turin – Bongiorno’s success was less paradoxical than it first appeared. In his 1961 essay, ‘Fenomenologia di Mike Bongiorno’, Eco argued that the game show host appealed to people not in spite of his ‘gaffes’, but because of them. It was all a matter of what he symbolised to his viewers.

At the time, Italy was going through a period of rapid socio-economic change. Following the abandonment of protectionism, the country’s burgeoning industrial sector had expanded dramatically, fuelled in part by advances in the production of petrochemicals, the development of new sources of energy and the state’s investment in infrastructure. This had many positive effects. Particularly in the so-called ‘industrial triangle’ – between Milan, Turin, and Genoa – employment opportunities soared and wages started to rise. Vast numbers of people from impoverished rural areas in central and southern Italy began flocking to cities in the north. At last, social mobility increased and an ever-growing number of women entered the workforce. For the first time, many families were able to afford a growing range of commercial goods, including cars and televisions. But there were downsides, too. Economic growth was nothing if not uneven. Especially in the south, agricultural production collapsed as families abandoned the land for employment opportunities elsewhere. In the north, migrants were greeted with hostility, even violence, and were often unable to find adequate, or even hygienic, accommodation. Women who had once worked in the fields and who had made moved half-way across the country were often unable to find work in other sectors. Worst of all, the expansion of private industries failed to lead to improvements in public services. Hospitals, schools and public transport were all chronically short of money and the pressing need for affordable housing went unaddressed.

Eco saw that those who had been left behind by the ‘economic miracle’ felt alienated from the cultural norms of Italy’s political and industrial ‘establishment’.  When they watched Bongiorno’s game shows, however, they saw something different. They saw an ordinary man, without polish or guile. His lack of education, his crude manner of speaking, his wilful, dogged mediocrity were all part of his appeal. He seemed to speak to their own experiences. He even spoke like them. Indeed, he seemed to be one of them. And the more ‘gaffes’ he made, the more inappropriate, absurd things he said, the closer they felt to him. That he was on television appeared to vindicate them all. In him, Eco argued, they saw their ‘own limitations glorified and supported by national authority’. By watching his programmes, they could live vicariously through him: they could feel ennobled by his daftness, and could share in his triumph.

The same arguments can help explain the sudden and unexpected rise of Donald Trump. Although the United States has not gone through an Italian-style ‘economic miracle’, it has experienced a period of sustained growth. Since 2010, GDP has grown at an average of 2.2 per cent per annum. The value of the real estate sector has increased by around 13 per cent since 2011 and, over the same period, unemployment has steadily fallen. Yet at the same time, heavy industry has declined (especially in the steel and automatic sectors), average household incomes have failed to keep pace with growth and agriculture has suffered. Although social mobility is high in absolute terms, many groups, particularly the less well-off and the poorly educated, have been stuck in a rut. And racial tensions have risen, notably after the shooting of Trayvon Martin on February 26th, 2012, and Keith Scott on September 20th, 2016.

As in Italy, many of those left behind by America’s economic recovery have felt abandoned by a political and economic ‘elite’ that is out of touch with their needs and concerns. As many commentators have argued, this may have inclined them to look for fresh political solutions. But this was not what drove Trump’s success. After all, even if this desire attracted some to Trump, it also drew others to Bernie Sanders’ insurgent campaign for the Democratic nomination earlier in the electoral cycle. As Eco argued, far more important than any appetite for structured political alternatives was the search for new cultural symbols. Ironically, Trump triumphed not in spite of his brash, offensive and sometimes incomprehensible comments, but because of what they symbolised to those who felt forgotten.

Turned off by the cultural tastes of scripted career-politicians and well-groomed investment managers, many of those hardest hit by uneven economic development looked for a candidate in whom they could see themselves. When they saw Trump, they saw an angry, flawed man, lacking rhetorical polish and political tact. His vulgarity, his crudeness, his rambling manner of speaking seemed to remind them of how people they knew might talk over a few drinks in the bar. They might not have sympathised with what he was saying; they may not have agreed with all of his policies; and they almost certainly did not share his values. They are, for the most part, decent, upstanding people, who care for their families and respect their neighbours. But somehow Trump seemed to be one of them. And the more controversies he caused, the more stupid, unscripted comments he made, the more this sentiment was reinforced. That he is rich doesn’t seem to have troubled them. In fact, when they contemplated his wealth, they saw their own shortcomings raised on high. That he was running for president only made things better. His success – his triumph over one ‘establishment’ candidate after another – allowed them to feel glorified in turn. They were not voting for Trump as much as they were voting for themselves – or rather, a version of themselves.

Alexander Lee is a fellow in the Centre for the Study of the Renaissance at the University of Warwick. His latest book, The Ugly Renaissance, is published by Arrow. 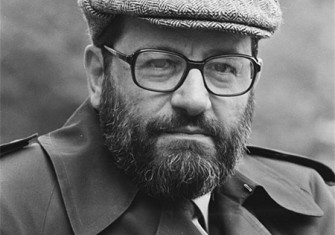