Medieval inscriptions can tell us far more than just what is written on them. 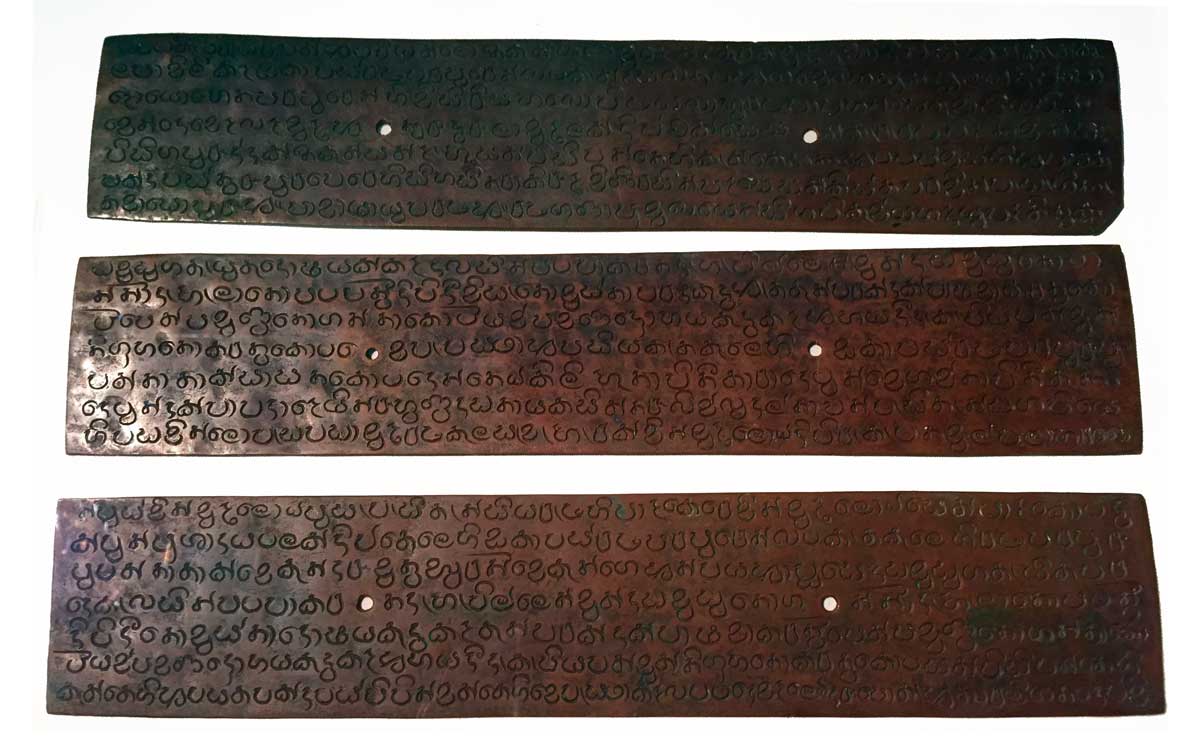 In a report for the Archaeological Survey of Ceylon from 1949,  the epigraphist Senarath Paranavitana announced the discovery of the ‘most valuable historical document that Ceylon possesses – the oldest known Sinhalese copper-plate charter’. With this announcement, Paranavitana pushed the date of the earliest copperplate charters back to the king Vijayabāhu I, the subject of the inscription: ad 1055-1100.

The oldest copperplate inscriptions come from fourth-century southern India and are sheaves of copper bound together with a sealed ring. Over the next 600 years copperplates became the predominant political tool for projecting imperial voices and representing royal authority across south India and Sri Lanka.