Robert Knecht revisits an article marking 400 years since the assassination of Henry III of France and asks why the last Valois king has attracted so little attention from English-speaking historians. 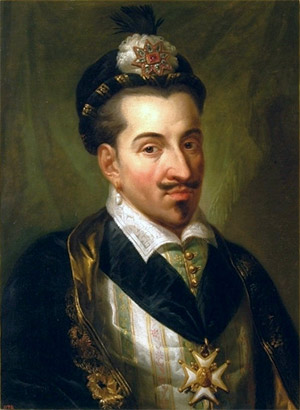 King Henry III of France, who reigned from 1574 to 1589, is not well known in the English-speaking world. However, in November 1989, Mark Greengrass evoked vividly in History Today the king’s assassination four centuries earlier. As he pointed out, Henry was the first king of France to suffer such a fate. If President Hollande is the most unpopular French president, Henry III was the most unpopular French king. His reputation fluctuated across the centuries. In the 17th and 18th centuries the last Valois king was largely eclipsed by his Bourbon successor, Henry IV. François Eudes de Mézeray, writing in 1715, described him as a kind of oriental monarch controlled by favourites. Another historian, Mainbourg, contrasted his leadership as duc d’Anjou with the idleness into which he sank following his accession.

In the 19th century, Henry appeared in the novels of Alexandre Dumas and other works of fiction. In 1941 Pierre Champion began a biography, but died before completing it. Following the Second World War, historical biography fell into disrepute among French academics, who preferred to study man as part of a group, but in the last decades the form has regained academic respectability. In 1985 Pierre Chevallier published a substantial biography of Henry III bearing the subtitle: ‘a Shakespearean king’. Since then Jacqueline Boucher, Nicolas Le Roux, Denis Crouzet, Monique Chatenet, Xavier Le Person and others have revolutionised our understanding of the reign. Unfortunately their contributions remain largely unknown to English-speaking readers. The only biography of Henry III in English, by Martha Walker Freer, dates from 1858.

Recent research has exploded the myth of Henry as an ineffectual and pleasure-seeking monarch surrounded by mignons, effeminate young men with absurd hair-dos. Henry is now seen as a highly intelligent and conscientious monarch who tried to bring peace to his troubled kingdom. Pleasure loving he may have been, but Boucher has shown that he spent long hours reading official reports and replying to them. Hundreds of his letters have been published by the Société de l’Histoire de France since 1959. Intellectually, Henry was also keen to learn: he set up a Palace Academy at the Louvre, where leading scholars discussed philosophy, astronomy or other topics. As for the mignons, far from being the parvenus of legend, they were mostly the sons of long-serving provincial nobles. They represented an attempt by Henry to use men of his own generation rather than older ministers chosen by his mother, Catherine de’ Medici.

Henry was also seriously interested in reform, as Greengrass has indicated in a fine study of the Estates-General. The king’s speeches were also much admired. So why the unpopularity? Acclaimed as a Catholic hero in the 1560s, he became estranged from his people following his accession. He was temperamentally unsuited to his new role. Reclusive by nature, he departed from the easy accessibility traditionally adopted by French kings, one of his first actions being to erect a barrier around his table in order to keep spectators at bay when he ate ‘en public’. He also tried to enhance his authority by adopting a strict code of etiquette at court.

Henry’s greatest misfortune was not to have a son. Viewing this as a divine punishment, he sought to placate God by engaging in pentitential exercises, some of them involving self-flagellation, which aroused the derision of onlookers. Parisians also became deeply suspicious of Henry’s attempts to persuade his heir under Salic law, the Protestant Henry of Navarre, to become a Catholic. Preachers denounced him as a hypocrite and a tyrant. Eventually, the Parisians rose, erected barricades and drove him out of the capital. He then committed a gigantic blunder by ordering the murder of Henri, duc de Guise, who had become the Parisians’ hero. This led to his own assassination.

And what of his legacy? In Greengrass’s opinion ‘there was hardly an institution in French society that was not in some way influenced by the reforming programme of Henry III’. As a final verdict on Henry, we can cite the Parisian diarist, Pierre de l’ Estoile: ‘he would have been a very good prince if only he had encountered a good century’.