Anne Sebba ponders some mysteries – or coincidences – that link the adult experiences of Frances Hodgson Burnett with the lives of American women who came to Britain in search of marriage in her newly reissued 1907 novel The Shuttle.

Anne Sebba | Published in History Today Volume 57 Issue 9 September 2007
A hundred years ago Frances Hodgson Burnett, the well-known children’s author, published a hard-hitting novel for adults about an unhappy transatlantic marriage. It was called The Shuttle, a reference to the numerous steamships that for over fifty years had been carrying rich American women to the Old World in search of Old World customs, clothes and culture but also of Old World husbands and houses. The ship on which the fictional Vanderpoel sisters, Rosalie and Bettina travelled, sailed between ‘a gulf broader and deeper’ than the thousands of miles of sea it crossed.
These travels were a new version of the Grand Tour, only now for girls, usually accompanied by their parents. The journeys were not without danger and Katherine Ledoux, in Ocean Notes for Ladies (1877), advised her readers to dress sensibly and respectably as ‘accidents too and loss of life are possible at sea and I have always felt that a body washed ashore in good clothes would receive more respect and kinder care than if dressed in those only fit for the rag bag.’
But the real peril, as most English aristocrats were aware, came from the possibilities posed by the idea of marrying one of these American women. Lord Palmerston, the British prime minister, commented: ‘Before the century is out, those clever and pretty women from New York will pull all the strings in half the chancelleries in Europe.’
As the landed classes in England suffered from falling revenues and insufficient income to run their estates, capturing an heiress offered obvious benefits. Before 1914, sixty peers and forty sons of peers had married American women – the so-called ‘dollar princesses’. An American magazine, Titled Americans: a List of American Ladies who Have Married Foreigners of Rank, published quarterly, catered to this market. 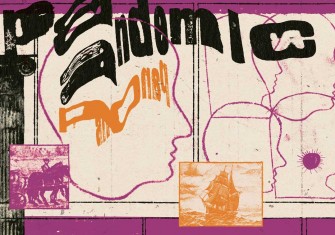