A hero of Finnish folklore helps his nation find its identity. 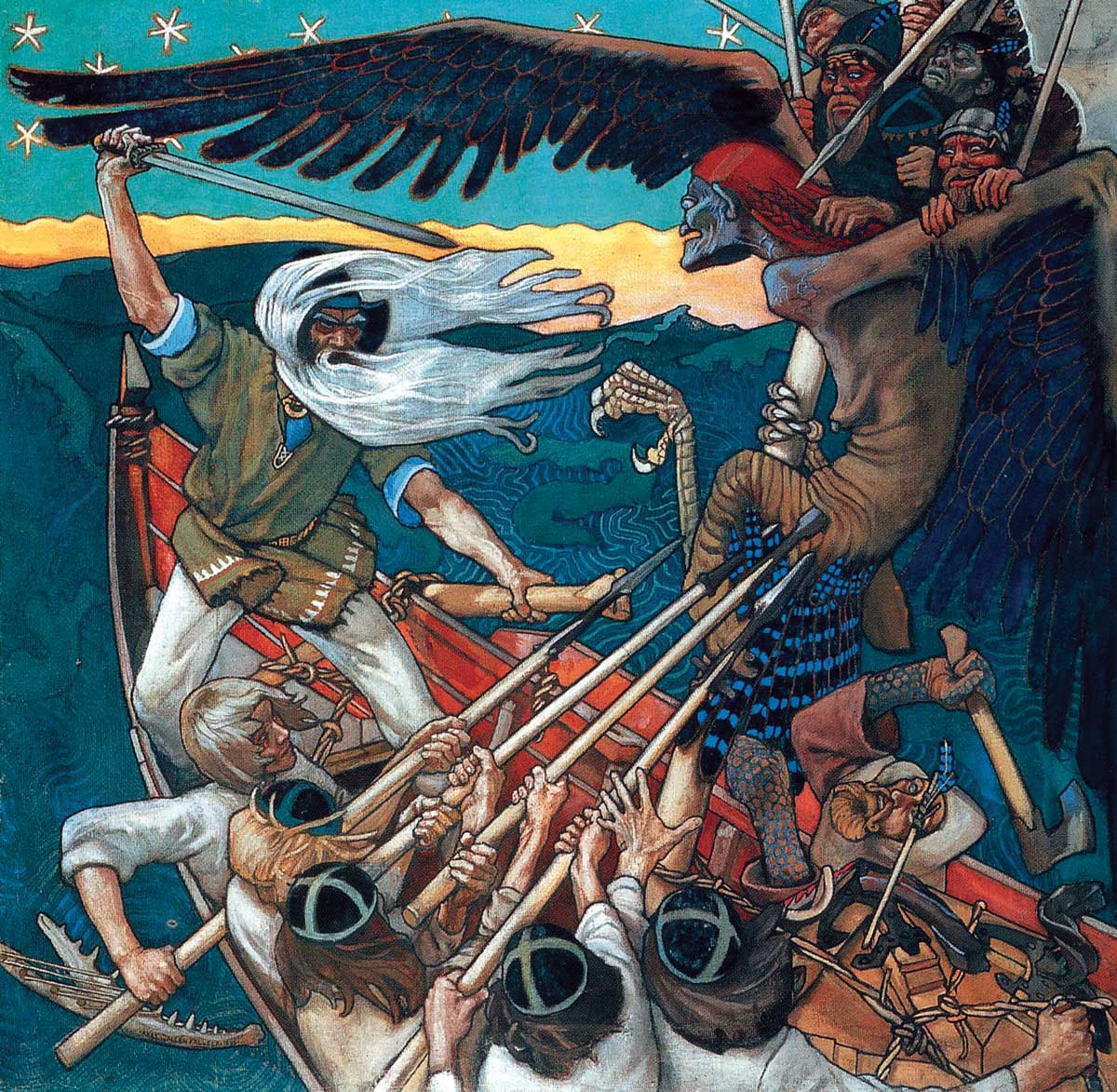 Väinämöinen is a chief figure in the oral epic poetry, lyrical songs and creation stories of ancient Finno-Ugric mythology. He is normally depicted as a wise old man and variously seen as a deity who existed before the creation of the world and as sage and a bard, whose enchanting songs are accompanied by the first kantele, the traditional Finnish zither (that he made from the jawbone of a giant fish). Väinämöinen’s heroic sea voyages involve great feats, such as bringing back the Sampo – a mysterious magical device, difficult for the Finns to define – that he takes from Pohjola, a dark and terrible land in the extreme north, which can be read as a literary trope for the place from which all evil emanates. In Akseli Gallen-Kallela’s painting, Väinämöinen’s arch-enemy, Louhi of Pohjola, transforms into a vicious bird to try to steal back the Sampo.

In the early 19th century, Elias Lönnrot, a young doctor and a founding member of the Finnish Literature Society, travelled widely in rural Suomi communities as well as to Sápmi (formerly Lapland), Estonia and to the Finnish tribes in Karelia, then part of Russia. He collected and catalogued thousands of oral epic poems and myths, pulling them together to create a cohesive narrative, published as the Kalevala in 1835 (expanded in 1849). Kalevala is the ancient name for Finland, meaning ‘Land of Heroes’. Lönnrot’s Kalevala helped cement a sense of national identity, leading to the country’s declaration of independence from Russia in 1917. Echoes of the Kalevala can be found in the compositions of Jean Sibelius, while J.R.R. Tolkien acknowledged that it was an influence on his creation of Middle Earth. 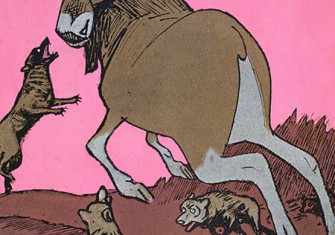 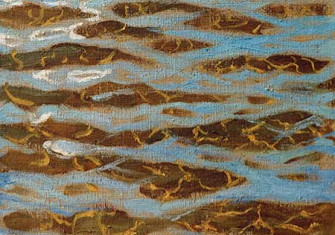