Paula Bartley reappraises the role of the leader of the Suffragettes. 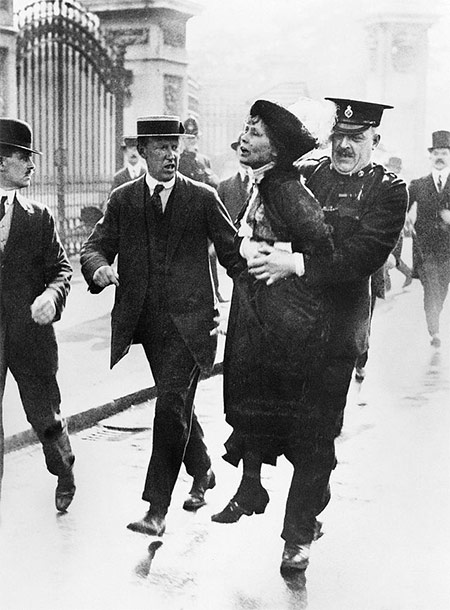 The year 2003 marks the centenary of the inauguration of the Women's Social and Political Union (WSPU), an organisation founded by Emmeline Pankhurst, her daughters and a few friends to campaign for votes for women. Previous groups had been formed to canvass support for women's suffrage but the WSPU initiated a new form of female action: violence. Suffragettes, as WSPU activists were called, chained themselves to railings, wrote 'Votes for Women' in acid on golf courses, disrupted the postal service, attacked MPs verbally and physically, wrote graffiti on church walls and government buildings, broke windows, destroyed paintings in public galleries and burnt down buildings.