Elizabethan England in the Year of Shakespeare’s Birth

Shakespeare was born into an England rejoicing in the peace and prospects of a new reign, but anxious about the future, writes Joel Hurstfield. 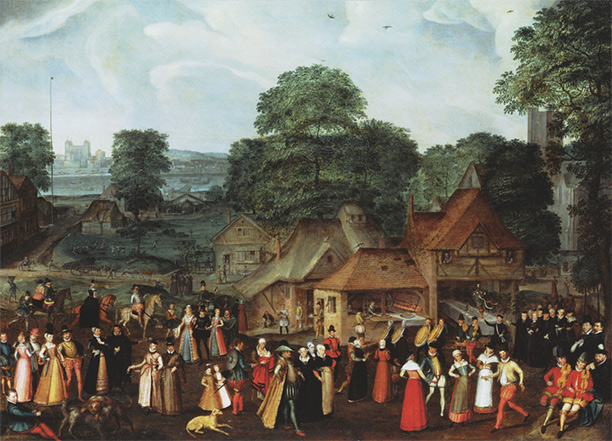 On July 6th, 1564, Sir William Cecil, Queen Elizabeth’s Secretary of State, recorded in his journal: “My daughter Elizabeth christened by the Queen’s Majesty and Lady Lennox. The same night the Queen supped at my house.” This brief entry of a private celebration reminds us as much as any major event of the relaxed tension of the year.

With France peace had been concluded the previous year, “an honourable and joyful peace,” Holinshed tells us in his Chronicle, and it was “proclaimed with sound of trumpet, before Her Majesty in her castle of Windsor, there being present the French ambassadors.”

The plague, which had ravaged the country for some time, was also over. And on August 5th the Queen on her progress came to the University of Cambridge. She was there,