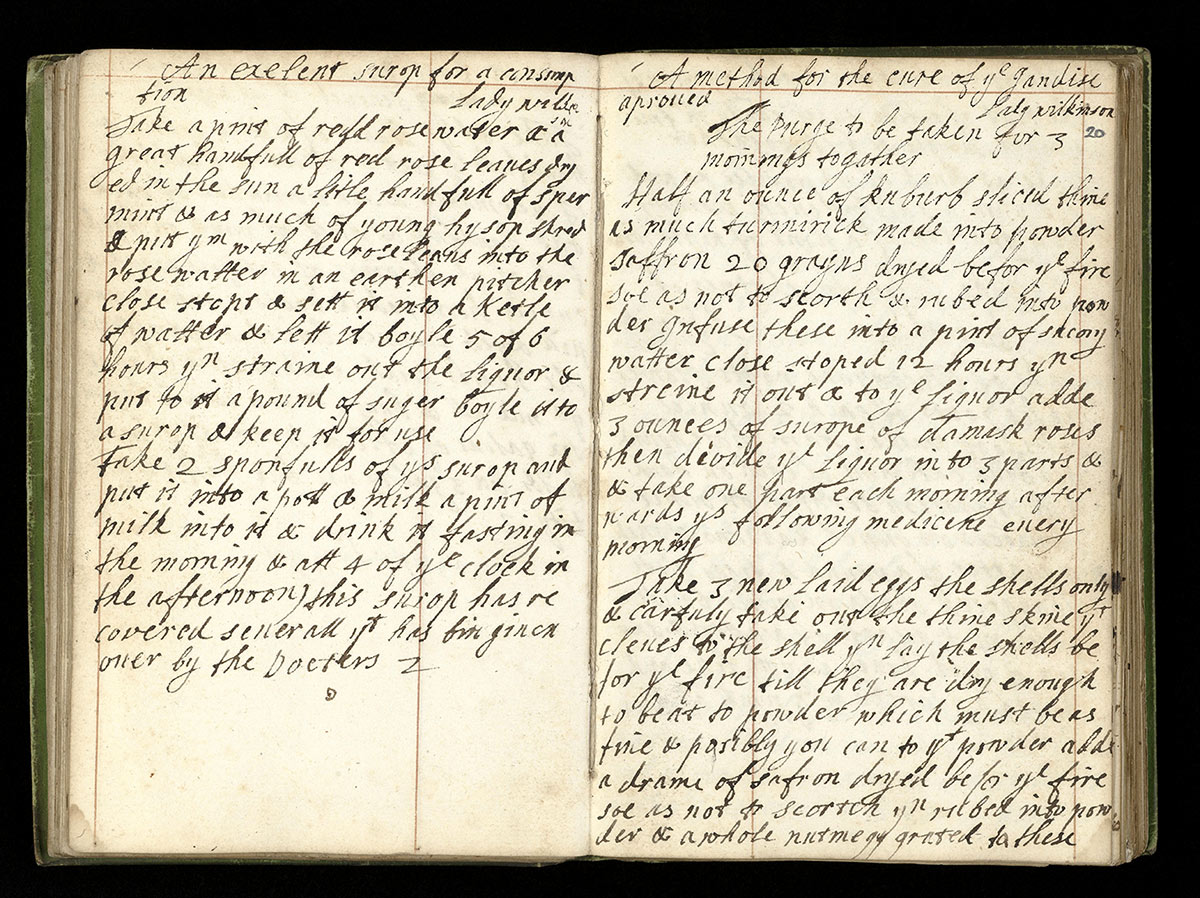 How women shared medical knowledge in the 17th century.

In 17th-century England, recipe collections, which included sets of instructions on how to produce different foodstuffs, cleaning products and, crucially, medicines to use at home, were compiled by both men and women. Women’s medical work was limited mainly to the domestic environment, so these collections meant that women made a particular impact on the early modern medical sphere. While men could train as physicians, apothecaries and surgeons, women were denied access to Oxford and Cambridge universities, the Royal College of Physicians and the Company of Barber-Surgeons. Midwifery was the only professional medical opportunity open to them. Consequently, manuscript recipe collections written by women reveal to us their enthusiastic and insightful contributions to a practice in which their official role was considerably restricted.