The death-obsessed and inward-looking Aztec civilisation sowed the seeds of its own destruction, argues Tim Stanley. The story of the Spanish Conquest of Mexico, as it is popularly told, is all about imperialist oppression. In Latin America the destruction of the Aztec empire has become a mix of passion play and tourist promo. The President of Venezuela, Hugo Chavez, has even claimed to be a direct descendant of the last Aztec emperor, Montezuma II, in order to draw parallels between US and Spanish imperialism. But the contemporary politicisation of the history of the Conquest expunges what I believe to be its most important message: that moral decadence leads inexorably to societal collapse.

In February 1519 the Conquistador Hernando Cortés (1485-1547) led an expedition into Mesoamerica in pursuit of fame and fortune. He stumbled upon the Aztec empire and occupied its capital city of Tenochtitlan. Cortés was driven out by a native revolt and took refuge in the neighbouring state of Tlaxcala. He returned and laid siege to Tenochtitlan for eight months. In August 1521 the city fell and the Aztec empire became a Spanish dominion. Temples were destroyed and the locals were reduced to the legal status of minors. In traditional accounts Spanish smallpox killed up to three quarters of the native population.

Undoubtedly the European invaders were ruthless adventurers. But nuanced narratives of the collapse of the Aztec empire distribute the blame more equally between the conquerors and the vanquished. First, the disease that crippled Mexico may have been native to Central America. The invaders were equally affected and could not recognise the symptoms. The Aztecs did and they had given it a name long before the Spanish arrived because it had already dramatically reduced their numbers. They called it Cocoliztli and biologists today identify it as a form of Ebola spread by rats.

Second, the Spanish did not conquer the Aztecs alone: they found willing allies in neighbouring states. When Cortés retreated into Tlaxcala he was greeted like a liberator. The Aztecs had cut off trade with the Tlaxcalans, starving them to death and had only guaranteed their independence as a source of human sacrifices. Recognising in the Spanish a potential ally against their oppressor, four elders of Tlaxcala converted to Christianity. There were 250,000 Tlaxcalans present at the siege of Tenochtitlan.

Third, Aztec civilisation was on its knees before the Spanish arrived. It was struck by famine in the late 15th century, which was relieved by a series of wars with other states. Defeated soldiers were not killed on the battlefield, but captured and returned to Tenochtitlan for sacrifice. The Aztec rulers were convinced that the end of the world was nigh and butchered thousands to appease the gods. This was a culture obsessed with death: they believed that human sacrifice was the highest form of karmic healing. When the Great Pyramid of Tenochtitlan was consecrated in 1487 the Aztecs recorded that 84,000 people were slaughtered in four days. Self-sacrifice was common and individuals would pierce their ears, tongues and genitals to nourish the floors of temples with their blood. Unsurprisingly, there is evidence that Mexico was already suffering from a demographic crisis before the Spanish arrived.

The Aztecs were unable to resist the Spanish partly due to technological and strategic inferiority, but mainly because their society was already on the brink of collapse. History shows that a civilisation will only survive so long as it deserves to survive. A society that grows so decadent and violent that it can no longer function can become sterile and self-destructive. As went the Aztecs, so went the Athenians, the Romans, the Qing Dynasty, Nazi Germany and the Soviet Union. Most were overcome by force of arms, granted. But they had already begun to rot from within. While we may weep for the poor Aztec killed on the battlefield or conscripted into slavery we might also give two cheers for the Conquistadors for having purged the earth of a vile culture. But we must also look critically at the contemporary state of western civilisation in the light of this example. The Aztecs offer a warning from history: any society that lives parasitically off others and flouts natural law is likely to be subsumed by another culture. 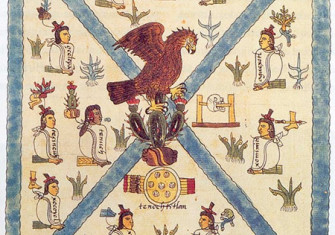 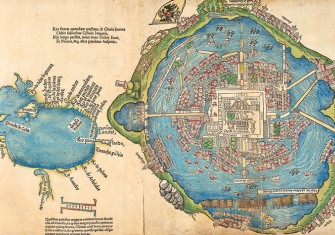