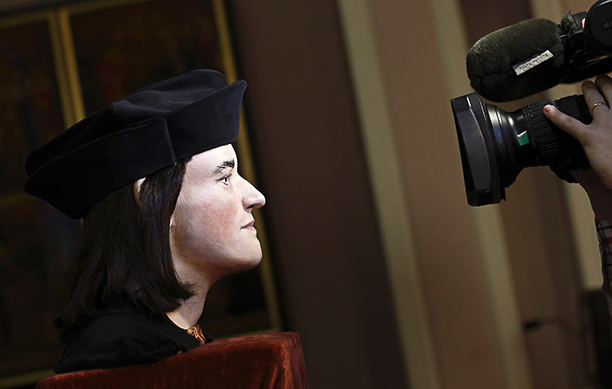 The discovery of Richard III’s body under a car park in Leicester seems to have rekindled the British public’s love of their own history. The debates about where he should be buried and whether or not he was as bad as Shakespeare said show that popular history doesn’t have to all be Henry VIII or Adolf Hitler. Richard’s deformed skeleton has lifted the amnesia surrounding the Wars of the Roses.

But is Richard III the right man to do it? He certainly has his supporters, who insist that he was a good man, maligned by Tudor propaganda. Their obsession is moot. The generosity of the Richard III Society, which has striven for years to revive Richard’s reputation, is based largely upon speculation. Writing a blog post for History Today , Sean Lang wryly noted that a skeleton cannot prove if a dead man’s character had been sublime or wicked, but ‘the evidence of a knife thrust into his corpse’s backside does not appear to suggest that Richard’s passing was mourned by those on the scene’. In the same way that the Ricardians try to construct a benign face to sit upon a bare skull, so they have a habit of reading a tale of good intentions on the narrative of a life defined by corruption. Lang points out that Richard’s brother, Edward IV, rebelled against the rightful king, Henry VI, twice and eventually had him murdered in the tower. Richard also conspired against his own nephews and stole their throne. Whether or not he had them murdered is still for debate, but it would have been ‘not only the most obviously sensible course of action, but … entirely in keeping with his own character and that of his family’. The Yorks were a rotten bunch.

Yet their behaviour was not atypical and would have been judged differently in the medieval era from the way it is today. Success was measured in the ability to take a crown and keep it. Richard certainly did something ‘immoral’ by contemporary standards when he broke the rules of primogeniture and thus threatened the inheritance of every first-born son. But, had he taken the throne and held it until he died peacefully in his bed, his reign might have been judged a success and his conspiracy downplayed. Edward III and Henry VII were also usurpers, yet they are regarded as good kings by both their subjects and historians. If Richard doesn’t enjoy that reputation it is less because of his curved spine or Tudor slander but because he stole a throne and failed to keep it.

That the medieval outlook can be so brutal is a reminder of how alien people from the past can be, which raises two tricky questions. First, are we too quick to try to reconstruct historic individuals in our own image? Some authors – particularly from the stable of historical fiction – tend to revive their characters’ reputations by identifying parts of them that were ‘ahead of their time’. For example, Natalie Dormer’s portrayal of Anne Boleyn in The Tudors reimagined her as a feminist icon: smart, sexually uninhibited, compassionate, hungry for power.

Second, is it entirely healthy that we seek to reinterpret people who were fundamentally unpleasant? While they still react with disgust when reading about atrocities that occurred in the 20th century, something strange happens when the reading public encounters the horrors that came before. Horrible Histories is a great example of pre-modern nastiness as entertainment: the books and TV series replay usurpations, gladiatorial combat and tyrannical lunatics as slapstick. The formula works because kids just love anything that involves blood and guts. As such, Horrible Histories has probably done more to educate people about history than a million PhD theses. But it’s odd that there isn’t more complaint about its carefree violence.

The same observation applies to Richard III. Here we have a man whose popular reputation is that of a child murderer and yet people have competed to have him reburied in their home town. The message might be that if you wait long enough, the public can forgive you for anything.