Churchill and Hitler: At Arms, At Easels

Churchill and Hitler painted scenes of the Western Front while in remarkably close proximity to one another. 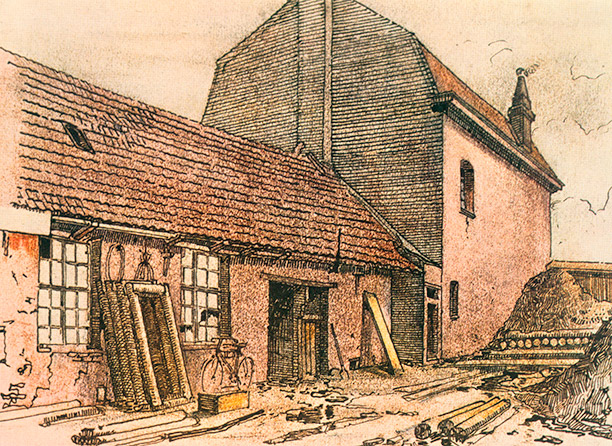 Churchill and Hitler did not have much in common, but they shared one interest: both were amateur painters, who took their brushes, sketchpads, pencils and paintboxes into the trenches of the Western Front.

Churchill’s paintings had colours liberally applied, while Hitler’s style was classical and his aversion to ‘modern’ art would come to fruition when his Nazi regime confiscated, sold or destroyed works of ‘degenerate’ art and either banned the artists who created them from practising their craft – even when, like Emil Nolde, they were Nazis – or drove them into exile. Churchill also shared Hitler’s aversIon to modernism, telling his painter friend Alfred Munnings that if he ever saw Picasso in Piccadilly he would ‘kick him up the arse’.