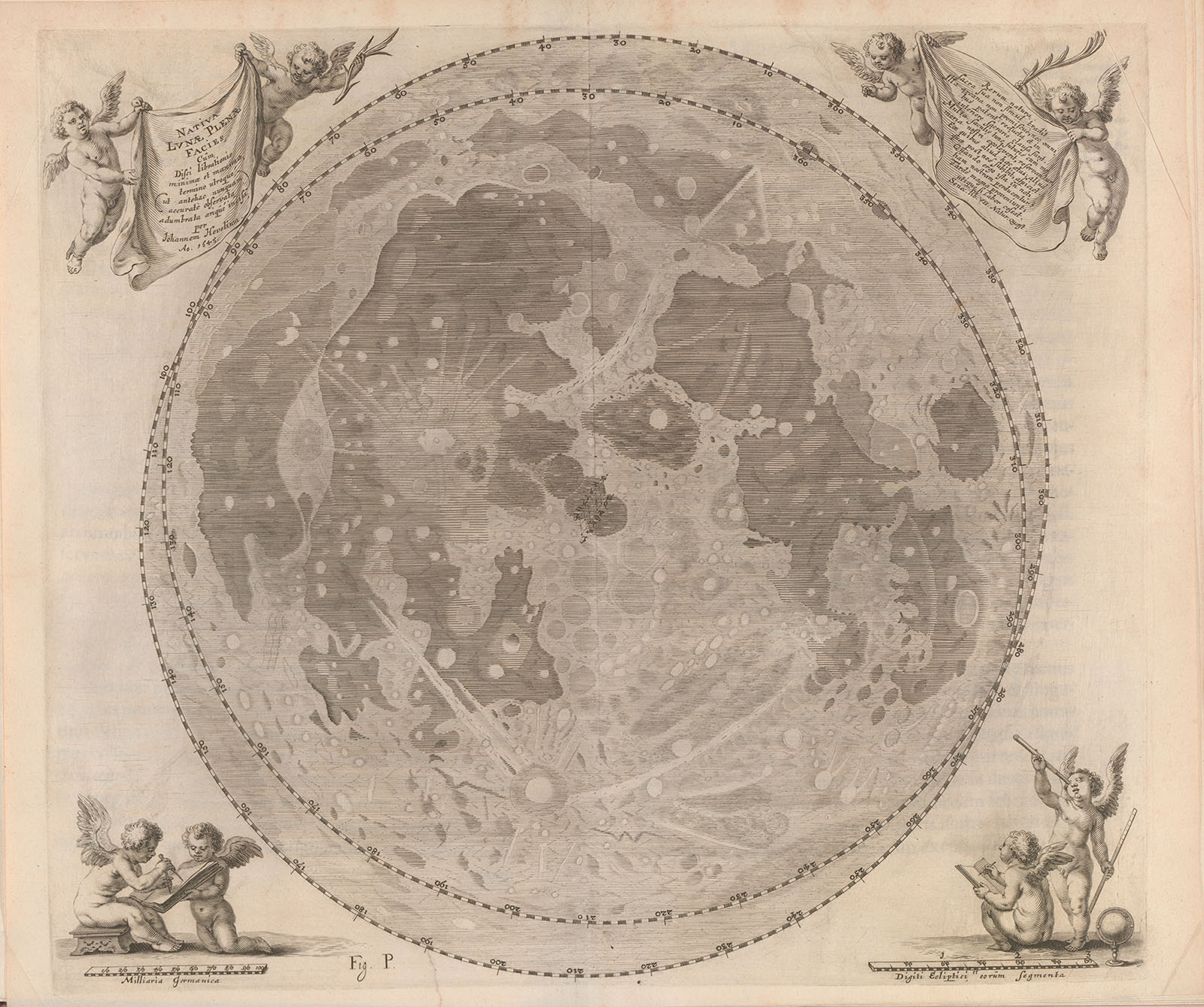 A 17th-century map by the founder of lunar topography, Johannes Hevelius.

Johannes Hevelius (1611-87) followed in his father’s footsteps as a brewer, while also acting as a councillor and the mayor of his hometown, Danzig (Gdańsk). Indulging his interest in astronomy, learnt under the tutelage of the astronomer Peter Krüger, in 1641 he built an observatory on the roof of his house, called Sternenburg: ‘Star Castle’.

He ground his own lenses and built telescopes for it, including one 46m (150ft)-long Keplerian telescope with a wood and wire tube.

He published his results in Selenographia (1647), the first selenographical atlas – a work dedicated entirely to the moon – with 111 plates and engravings, which he had drawn and engraved himself. These engravings showed the moon in every phase and included one composite map of all the features of the moon’s surface shown as if lit from the same direction. This became the model for all later lunar maps. His were the most accurate surveys of the moon to date and his work was key to our understanding of libration and longitude.

Today he is remembered as the founder of lunar topography. A large crater on the edge of the Ocean of Storms bears his name.