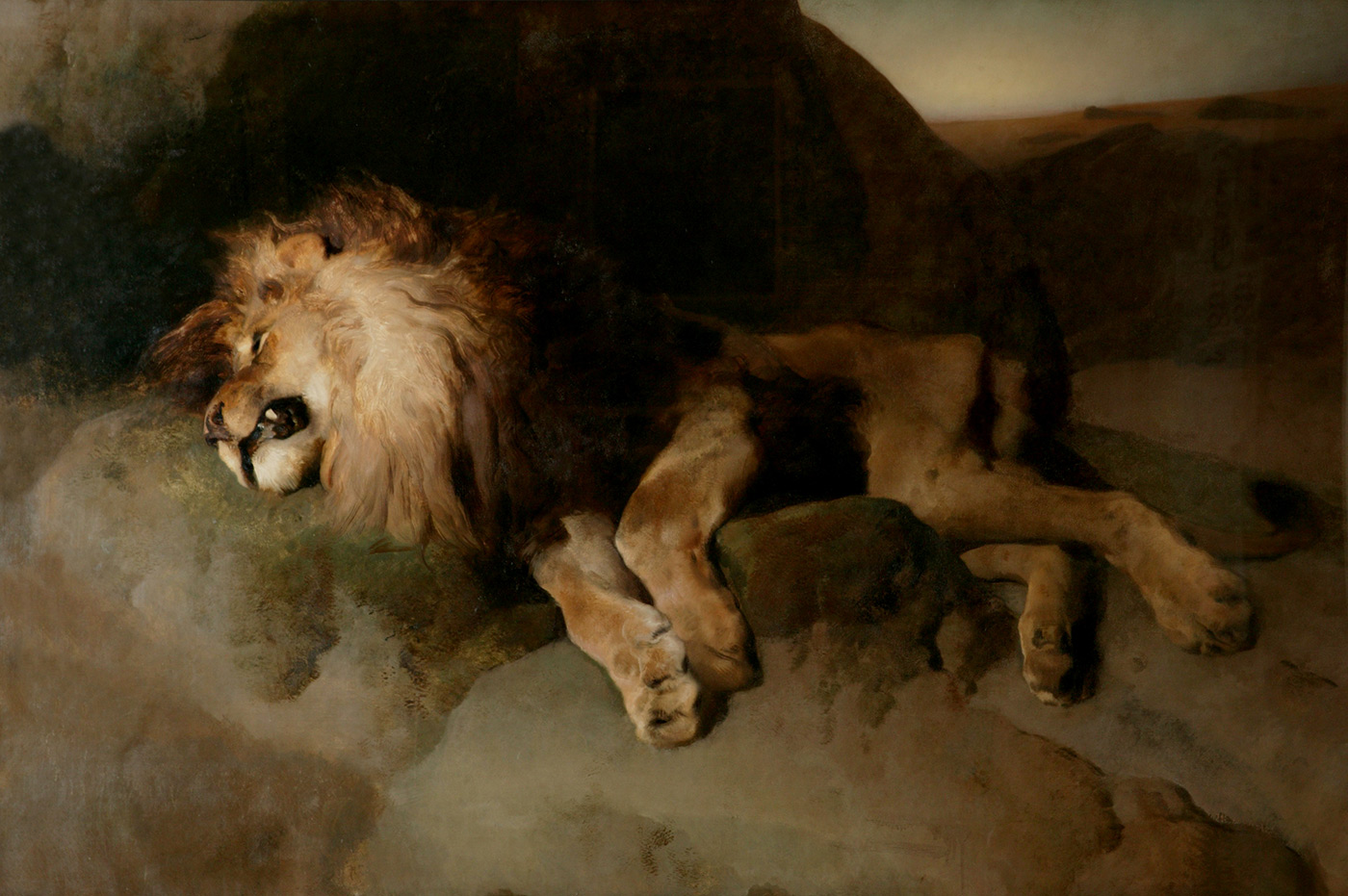 The Desert, or A Fallen Monarch, by Edwin Landseer, 1849.

The arrival of big cats to 19th-century London forced a change in the image left by mythology and the Old Masters.

After seeing lions, tigers and leopards on the streets of 19th-century London, the engraver John Landseer decided that the depictions of big cats by Old Masters were bogus. Big cats could now be seen in the city due to a booming trade in exotic wildlife that brought animals from distant lands into public view. Relentless maritime expansion and a buoyant economy had seen London emerge as the trade capital of Europe. Each week, hundreds of foreign animals and birds arrived at its docks for sale to city menageries and travelling street shows.