A right-wing Catholic who crushed all his rivals, Engelbert Dollfuss fought hard to maintain his young republic’s independence. A.D. Harvey looks at the life of the tiny patriot of peasant stock who stood up to Hitler. 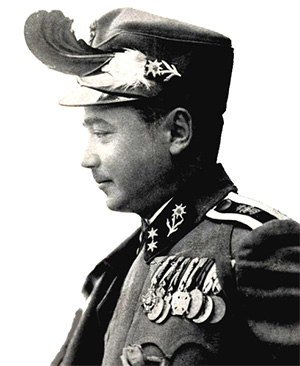 Engelbert Dollfuss was one of the least-known but most intriguing of Europe's 20th-century dictators. On July 25th, 1934, less than a month after the 'Night of the Long Knives' when Hitler summarily executed the leadership of the stormtroopers who had helped him to power, Nazi groups launched a coup d'état in Austria. In the south of the country fighting continued for almost a week. In Vienna, Nazis who stormed the offices of the chancellor in Ballhausplatz surrendered after a few hours, but not before Dollfuss, shot through the chest in the first minutes of the rising, had been allowed to drown in his own blood.