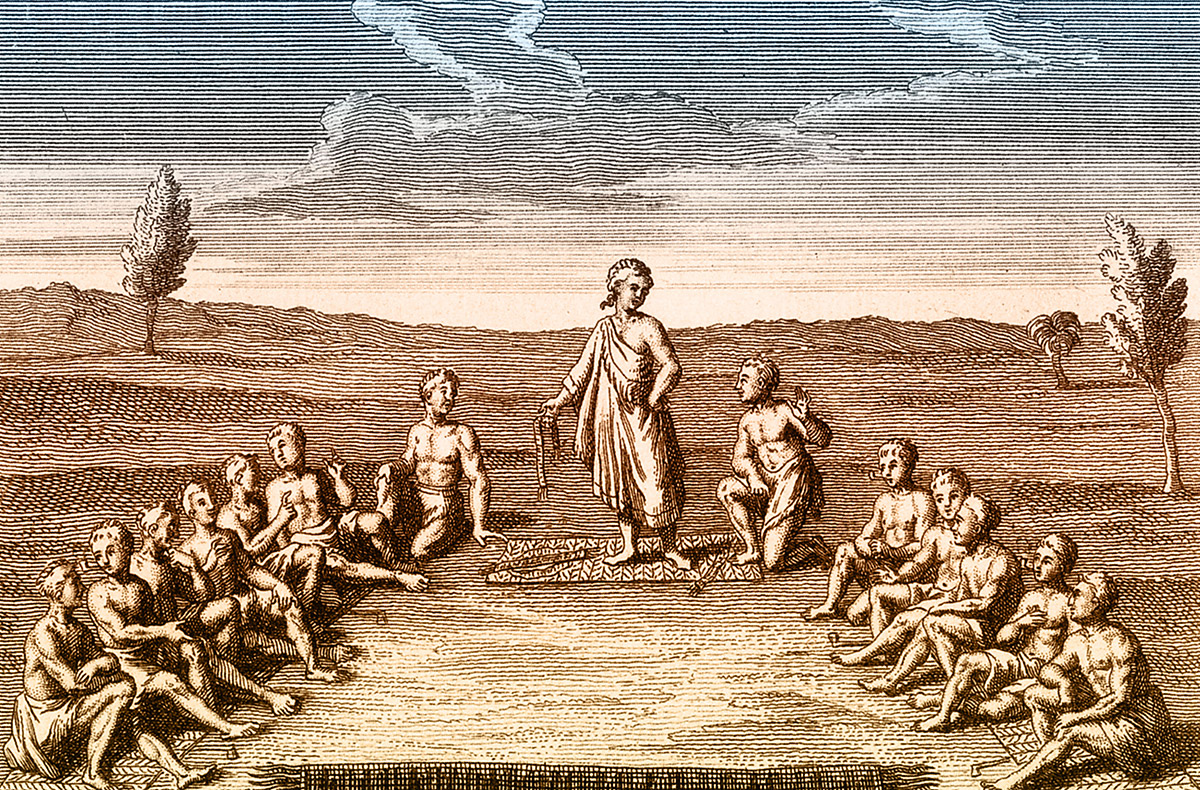 In the absence of a European democratic model, the Founding Fathers turned to the apparently perfect state of the Iroquois Five Nations as a template for a federal United States, combining the best of both worlds.

Benjamin Franklin’s saying, ‘We must all hang together, or most assuredly we shall hang separately’, seems more pertinent than ever. It is not widely  known, however, that the advice originally came from the Mohawk Chief Canassatego, who, in the early 1740s, told Franklin to unify the colonies, counselling:

Our wise forefathers established union and amity between the Five Nations. This has made us formidable; this has given us great weight and authority with our neighbouring nations. We are a powerful confederacy; and by your observing the same methods our wise forefathers have taken you will acquire such strength and power. Therefore, whatever befalls you, never fall out with one another.

Arguably, federalism has been the Unites States’ foremost political contribution. The pattern of states within a nation held together not by clannishness or geography but by shared values mimics the structure of the Iroquois Confederacy. Since most of the colonies had more contact and trade with the Indians than they did with one another, the Iroquois preference for local government made sense.