The events of 2016 may seem bleak, but the study of history offers some context for those who believe we are living through the worst of times. 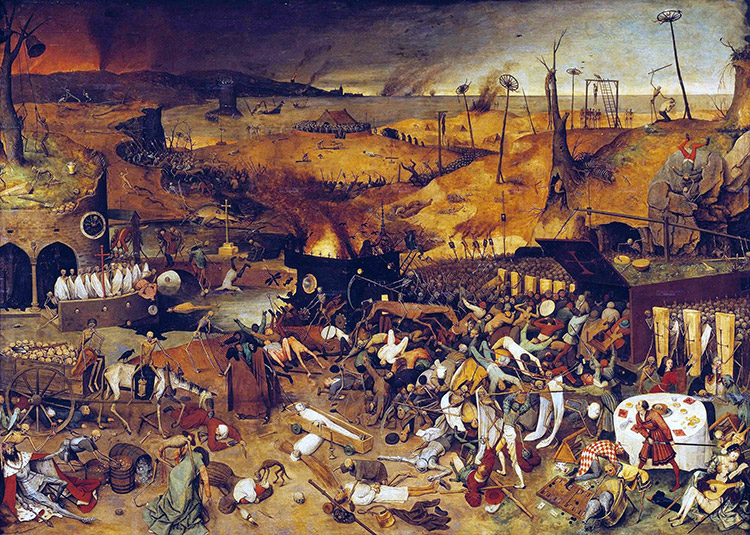 Social media is abuzz with the question: is this the worst year in history? The year so far has been a challenging one: a huge refugee crisis, born of the suffering in Syria and Iraq; increasing terrorism in Europe, a continent bewildered by Brexit; a failed coup and its sinister aftermath in the strategically critical state of Turkey; the Zika outbreak; growing racial tension in the United States; famine in northern Nigeria. And that is before mentioning some people’s primary concern, a spate of celebrity deaths. The prospect of Donald Trump and Vladimir Putin as leaders of the US and Russia suggests things could get worse before they get better. Those hopeful days when Ronald Reagan and Mikhail Gorbachev reached across the Iron Curtain seem a long way away.

The study of history, however, offers some perspective. When the Black Death reached Europe in 1347 – a strong contender for the title ‘worst year in history’ – it went on to kill around a third of the continent’s population in little more than three years, having already ravaged much of Asia. Closer to our time, during 1942 and 1943, the Holocaust reached its height as the all-conquering Wehrmacht pushed ever further east into the Soviet Union before being halted at Stalingrad. Anyone who has read Timothy Snyder’s Bloodlands or seen Claude Lanzmann’s Shoah will know that, despite the efforts of ISIS, we are a long way from such industrial-scale slaughter. One’s perspective also depends, of course, on who and where one is: few Native Americans celebrate the year 1492, while 1845, the first year of the Famine, remains fixed in the collective memory of Ireland and its diaspora. A Syrian might claim 2016 as a nadir, with ample justification.

If I was forced to name the worst year, it would probably be 1914. In July of that year, a European order that had brought peace, prosperity and extraordinary artistic and scientific progress, began to unravel. The vast conflict that followed led directly to the Russian Revolution, Nazi Germany, the Holocaust, the atomic bomb, the Cold War and the mess that is the modern Middle East. Only in 1989, with the fall of the Berlin Wall, did we enter a relatively stable period – the ‘End of History’ – before it came crashing down on September 11th, 2001.

As the world seeks solutions to a seemingly endless series of crises, it is small comfort to recall the words of Edgar, who, in Shakespeare’s King Lear, observed: ‘The worst is not/ So long as we can say “This is the worst”’.