On the Trail of the Terror

The recent discovery of a long-lost ship throws new light on a strange disappearance. 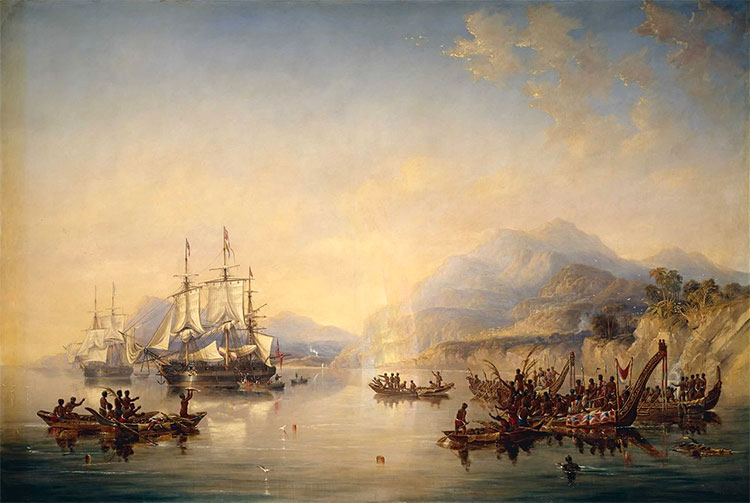 Earlier this week news broke that HMS Terror had been found near King William Island in the Canadian Arctic, just two years after its sister ship, HMS Erebus, was also located in the region. This opens a new chapter in a strange story of disappearance and discovery that stretches back over 150 years.

In 1845 the Arctic explorer Sir John Franklin departed Greenhithe, Kent, in command of 128 officers and crew onboard HMS Erebus and Terror in search of a Northwest Passage to Asia. In their second winter, the ships became locked in the ice near King William Island and in 1848 the survivors abandoned the ships and launched the first of several harrowing attempts to reach the Canadian mainland. The disappearance of the expedition, a loss perhaps comparable to the MH370 plane disaster, sent shockwaves through Victorian Britain, inspiring an outpouring of speculations on the mystery and causing the Admiralty to downsize its subsequent polar expeditions.

When the early Admiralty search and rescue missions proved unsuccessful, in the 1850s Franklin’s wife Jane Franklin organised several private naval missions to look for survivors or traces of the ships. Alongside lobbying the Admiralty for resources and engaging private searchers in the quest, Lady Franklin sought out answers from several clairvoyantes. These young women were placed into trances by male mesmerists and ‘sent’ to the Arctic to report on the condition of the explorers and the location of the ships. These visionary journeys were widely discussed in the press and were seen by Lady Franklin and several naval experts as complementing, rather than undermining, official naval and land journeys in search of Franklin.

In 1850 Lady Franklin was contacted by an Irish shipbuilder named Captain William Coppin. Although now largely forgotten, Coppin was a stellar Victorian engineering entrepreneur who employed hundreds of men in the Londonderry shipyard during his heyday in the 1840s. In a letter to Lady Franklin, Coppin claimed that the ghost of his deceased daughter, Weesy, appeared to his family in the form of a blue orb. When asked about the Franklin expedition, Weesy gave an enigmatic message that seemed to indicate its location (‘Erebus and Terror, Sir John Franklin, Lancaster Sound, Prince Regent Inlet, Point Victory, Victoria Channel’). Coppin was at first sceptical of the worth of this message because, although ‘Victory Point’ was a named location on King William Island, ‘Victoria Channel’ was not known to exist on any map of the Arctic. However, hearing of Lady Franklin’s plans to send out a search vessel, the Prince Albert, Coppin sent her details of the vision and then met her in London.

Lady Franklin was deeply impressed by Coppin’s ‘supernatural revelation’ and his credentials. She told her supporters about Weesy’s message and gave orders for the Prince Albert to search the Prince Regent Inlet area, south of Lancaster Sound. This was in opposition to influential voices claiming the ships were likely to be found further north, near Wellington Channel. Although the first Prince Albert expedition was unable to penetrate the ice, the second expedition, in 1852, discovered an entrance from Prince Regent Inlet into a passage of water that had just been named ‘Victoria Strait’ by the explorer John Rae. However, at this crucial point, the men of the Prince Albert turned away from the King William Island region and so did not discover the signs of the expedition. 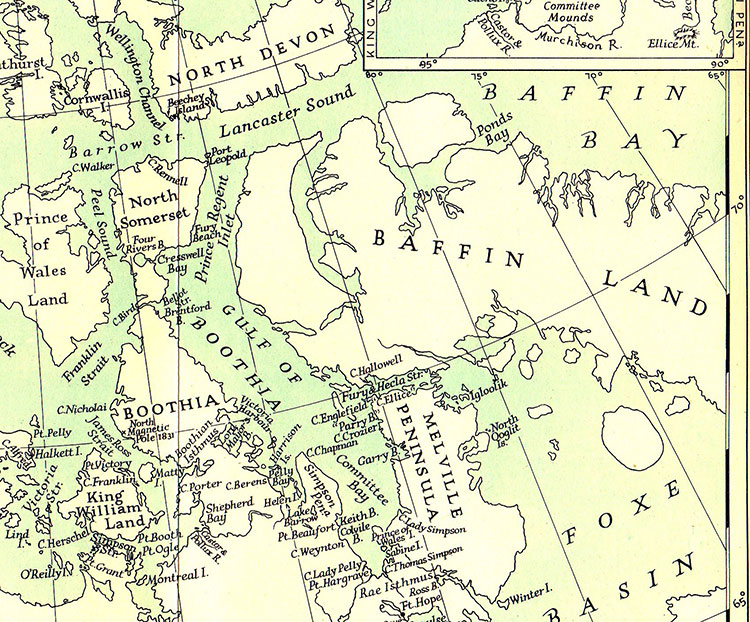 It was not until 1854 that Rae presented the Admiralty with evidence, gathered from Inuit people who had visited King William Island, which indicated that large numbers of Franklin’s men perished on the island in 1850 in dire circumstances, probably involving cannibalism. It was not until 1859 that Lady Franklin found some closure, when the search expedition led by Leopold McClintock discovered a document housed in a cairn at Victory Point. This document, now in the National Maritime Museum, Greenwich, noted the last locations of the Erebus and Terror before they were abandoned and stated that Franklin had died in June 1847. For Coppin and Lady Franklin, the discovery of the fate of Franklin via places called Victoria Strait and Victory Point validated Weesy’s spectral message.

Despite this, neither party made the story public, probably because by the late 1850s mesmerism and spiritualism were more socially embarrassing practices than they were a decade earlier. Although the story continued to circulate privately among explorers, it was not made public until 1889 when Coppin, now impoverished, employed a ghost-writer to publish the story in Sir John Franklin: The True Secret of the Discovery of his Fate. A ‘Revelation’. As Lady Franklin died in 1875, Coppin’s claim that Weesy influenced the search was fiercely denied by her companion and niece, Sophia Cracroft, as well as the explorers Rae and McClintock. The latter, keen to protect Lady Franklin’s reputation, said that she had been “deluged” by clairvoyantes during the 1850s, “but was influenced by none of them...I have yet to learn that any one attached the slightest value to any of them, and least of all the practical people who shared in either the counsels of the Arctic commanders or the confidence of Lady Franklin”. Coppin died in 1895 with his story still denied by the naval establishment.

However, letters kept in the archives of the Scott Polar Research Institute, Cambridge, prove McClintock wrong. They show that Lady Franklin, Cracroft and other ‘practical people’ sought out clairvoyantes in the late 1840s; that officials from the Admiralty and the Royal Geographical Society were kept abreast of their visionary journeys; and that Coppin was correct in claiming that Weesy’s message encouraged Lady Franklin to send search expeditions to the Prince Regent Inlet region. This archival evidence suggests that we reassess the role of the supernatural in the history of polar exploration. It also suggests that we look again at another of Coppin’s claims: that Charles Dickens was told about Weesy’s message by Lady Franklin. Although there is no documentary proof of this yet (Dickens destroyed his collection of letters in the Gad’s Hill bonfire of 1860), it is very likely that Coppin’s story inspired The Frozen Deep, a supernatural-themed play that Dickens co-wrote with Wilkie Collins in 1856.

As attention turns to the wrecks of the Terror and the Erebus, and what their material artefacts can reveal about the fate of the expedition, it is important not to ignore stories about supernatural or intangible forces connected with the Franklin expedition. These inspired people to action and created a sense of hope for believers. They form part of the complex history of polar exploration. Indeed, news reports of the discovery of the Terror mentioned that the Inuit (whose testimony and geographical knowledge led to the location of the shipwrecks) believe that King William Island is still haunted by the spirits of Franklin and his men.