A general set of principles for practitioners of public history. Public history appears to be a growth area within the academy, though a contested one. A pioneer of the genre has been the Centre for Public History, Heritage and Engagement with the Past at Royal Holloway, University of London, where Anna Whitelock, the director, and Edward Madigan are tireless promoters of the noble idea that people outside the academy should have a chance to engage with those within. We at History Today strongly support such initiatives.

A seminar at the International Medieval Congress, held in Leeds in July, was devoted to public history and the feedback that resulted inspired me, if those are the right words, to come up with a general set of principles for its practitioners.

First, do not underestimate your audience. I cannot count the number of times when a letter or email to History Today, or an interjection in a public debate has made me and no doubt others think again about our take on a particular subject. As Eleanor Parker says – and her blog, A Clerk of Oxford, is as fine an example of public history as exists today – ‘Be prepared for the public to teach you as much as you teach them.’ Second, try to steer away from forced parallels with the past; if you want countless examples of the dangers of doing so, just follow the coverage of the Greek crisis. Third, do not be afraid of engaging with the strangeness of the past (though be wary, too, of exoticising it). Fourth, show what a historian does: tell the public about source work, revel in discoveries and show the power of mastering languages ancient and modern. Just as importantly, learn how to write; the most revelatory work can be leadened by dull or tortuous prose, which appears to be a speciality among some academics; it is notable just how many of our best-selling serious historians – Jessie Childs, Tom Holland, Andrew Roberts, Dan Jones, Antony Beevor – are working beyond the reach of the traditional academy.

Finally, do not worry too much about sensitivities. We live in a age when offence is worn as a badge of honour, but in a liberal democracy it is the price we pay for freedom, both academic and in the wider world. History is an argument – and sometimes a robust one – or it is nothing. 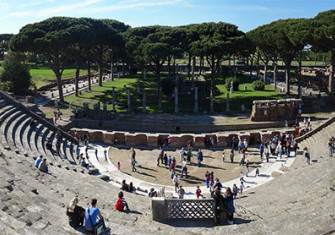 Historians and the Public