How do you avoid glorifying the acts of criminals? 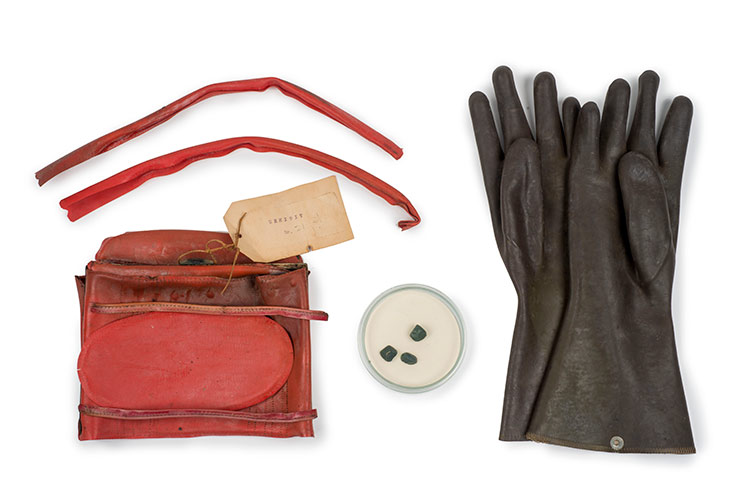 Last week, the Museum of London held a media briefing to detail some of the items it will be including in its forthcoming exhibition, The Crime Museum Uncovered, which opens this autumn.

The museum has been allowed to display some 600 items from the private 'Black Museum' of the Metropolitan Police, which is not open to the public. The museum, which was opened in 1875, undoubtedly has much of interest to the criminal historian, including artefacts from famous cases from the 19th, 20th and 21st centuries, from Jack the Ripper to the Acid Bath murders, to the 2007 Glasgow Airport terrorist attack.

But I was struck by a problem in displaying such items in a public exhibition. Throughout the briefing, the stress was put on 'telling the victims' stories' as well as detailing the crimes – a laudable aim. Martin Hewitt, the assistant commissioner of the Met, went as far as to say that he would be 'very disappointed' if the effect was to glorify the acts of criminals.

Yet how do you avoid doing this? Online articles about murders already tend to stress the 'sensational' elements of offences (for example, here and here), and there is a danger that this exhibition may both mythologise historical crime and further illustrate our obsession with celebrity.

This is shown both through the advance information provided by the museum, which states that the exhibition will 'lift the lid on some of the UK”s most infamous crimes', and through the artefacts that were shown to the press. Much was made of the objects relating to the Great Train Robbery – a relatively recent crime that is still remembered by many today. How can the desire to recognise the plight of victims be reconciled with the inclusion of a bottle of Champagne owned by Ronnie Biggs, when this glamorises the lifestyle of such offenders and inevitably focuses on the perpetrators rather than Jack Mills, a victim of the offence?

The argument the curators of the exhibition, and the Met, use is that this bottle, with other everyday items taken from the hideout used by the robbers, had not been wiped by the criminals, and that evidence such as fingerprints could be used to identify them. But the inclusion of this fact in any explanatory panel will not stop visitors noting the 'celebrity' of Biggs and his ilk; his was, at least for a while, a Champagne lifestyle, and he garnered many more column inches than Mills.

The emphasis is also on 'famous' (or infamous) crimes. Therefore, much is being made of Jack the Ripper and the Acid Bath murders, whereas the tale of one abused wife in the early 20th century, who attempted to leave her violent husband and was, as a result, killed by him on her way to work, was almost detailed as an aside in a Q&A, after one of the exhibition’s curators, Jackie Kiely, had been asked about the dangers of glorifying crime. She responded that the important factor for her was the ability to tell the story of the offence – the background and the characters involved – rather than simply showing, for example, the knife used to kill the woman, with no context added.

The desire to include such narratives is laudable, as long as it does not glamorise the offence. Most crimes are rather grubby affairs, the result of complex domestic lives that lack Champagne or fame, the latter as measured in the press. I hope that the life of Annie Parker, a woman who embroidered a pin cushion using her own hair, is explored sympathetically – she had over 400 arrests for drink-related offences, and I would like to learn more about her background and why she may have drunk, rather than simply be encouraged to gasp at the use of human hair in embroidery. But the dichotomy between providing an nuanced context to some of the more mundane artefacts, whilst also publicising the more infamous crimes in order to get visitors into the museum, is clear.

This is shown most clearly through the use of the Black Museum’s visitor books. The museum is notoriously hard to visit, and traditionally has only been open to approved guests. The Museum of London will be displaying pages from its visitors’ books as part of an interactive audio-visual display – and the elements they displayed of this in the briefing focused on the celebrities who duly visited the macabre display, from Houdini to Laurel and Hardy. The conclusion I made is that if you were famous, you were allowed access to murder artefacts in the Black Museum, being 'privileged' in a way that ordinary members of society were less likely to be. That prioritising of the famous, the emphasising of celebrity, however, spurious, continues today.

Now that select artefacts from the Black Museum are being opened up to us plebs, the stories they tell are being carefully curated, but perhaps not in the way that the curators intended. Will they really give the victims of crime a voice, or will they simply emphasise our obsession with fame, even if the famous are those who commit horrific offences that scar families for years to come? We will find out in October.

The Crime Museum Uncovered opens at the Museum of London on October 9th 2015, and runs until April 10th 2016.