Spain’s patron saint has been depicted as apostle, pilgrim and slayer. His various guises reflect the deep divisions that have dominated Spanish history. 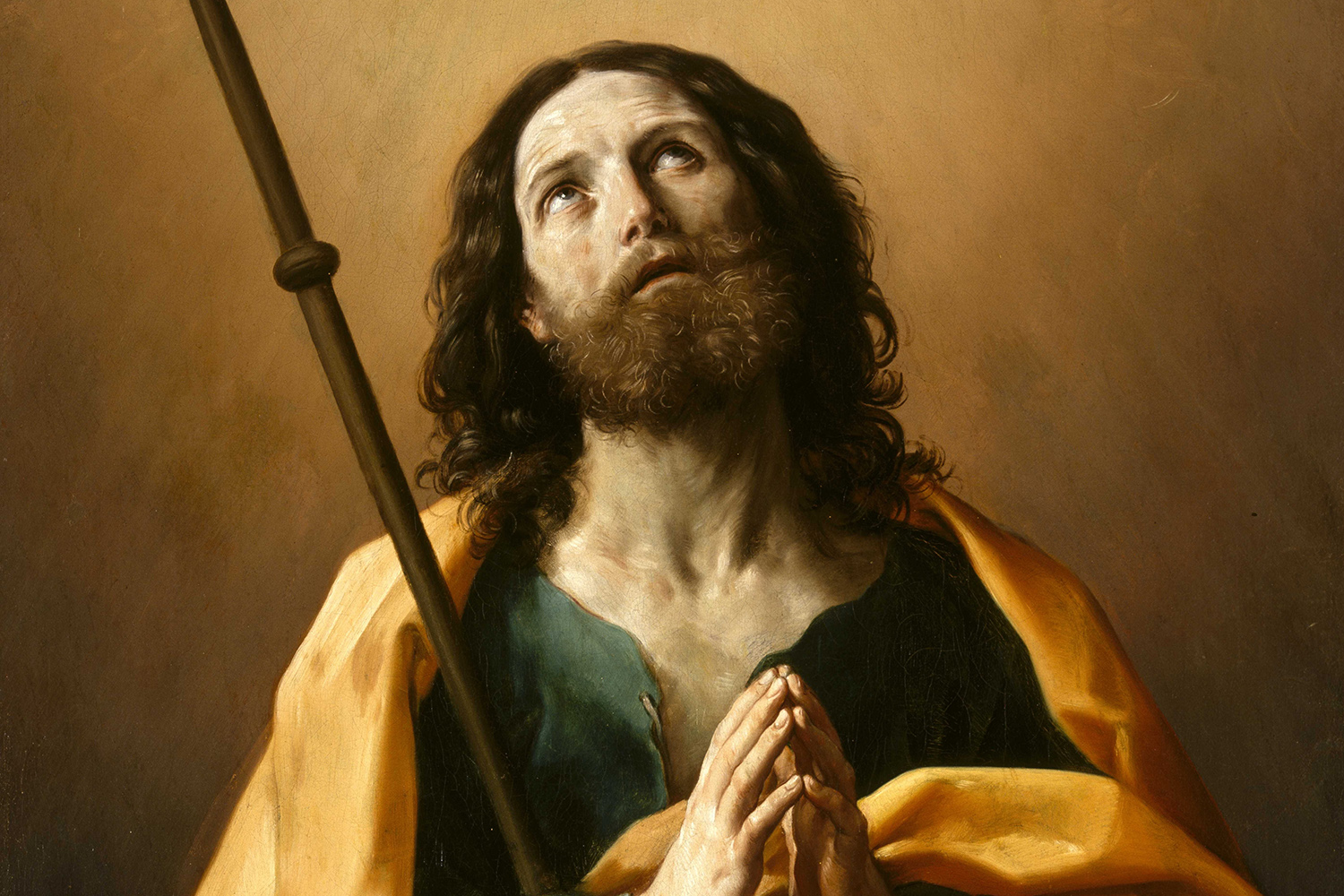 Spain marks the 80th anniversary of the end of its most recent Civil War in 2019. Following three years of conflict and the loss of over half a million lives, the Second Spanish Republic was crushed in April 1939 by a right-wing military insurgence. The rebel leader, General Franco, ruled as dictator of the country for the next three and a half decades. But when El Caudillo died in 1975, Spain miraculously left her troubled past behind her, embarking on a rare, successful transition to democracy that was sealed by a landmark referendum in 1978. Thenceforth, the country was to march unhindered towards a better future, the divisions of old buried, never to return.

Unfortunately, as elsewhere, the situation in Spain currently appears to be ‘rhyming’ with the past. Political extremism is on the rise; weak governments have become the norm and the gap between rich and poor is growing ever wider. Nowhere are the parallels between past and present more evident than in the Catalan crisis: Spanish riot police used brute force against voters in an illegal referendum on independence in 2017, with nine separatist leaders jailed for their role in the succession movement in October 2019. The spectre of Spain possibly breaking apart – one of the prime causes of the Spanish Civil War – is raising its head again. Where might things go from here?

The country’s history might hold something of an answer. A number of structural tensions have dominated Spanish history for as long as 1,500 years, notably the pull between centralism and regionalism, divisions between the orthodox and the unorthodox and, too, between Right and Left. One figure sheds light on these and the divisive power that such divisions have continuously exerted. He is an amalgam of a real person, a symbol and a myth, embodying the story that Spanish history consistently tells. He lies buried, officially, at Compostela: Spain’s patron saint, St James, known in Spanish as Santiago. 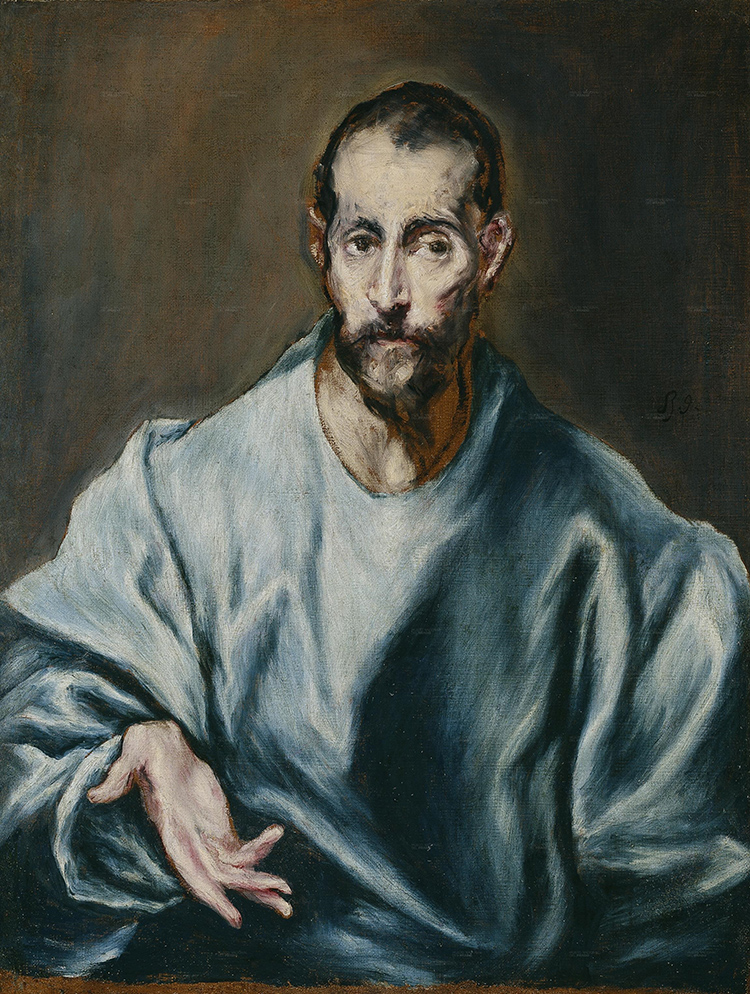 The importance of St James and what he symbolises for Spain can be discerned from the three different ways in which he is depicted in the country.

The first shows him as an Apostle of Christ, one of Jesus’ closest disciples and, with John and Peter, one of the few to witness the Transfiguration. James’ senior status was later confirmed by his being the only Apostle whose martyrdom is recorded in the New Testament: he was killed in AD 44 by order of King Herod Agrippa. What happened next explains the Spanish connection. According to seventh-century sources, after his death James’ body was carried in a stone boat to the Galician coast, where he was buried. Then, in the ninth century, his remains were discovered by a local hermit, an event which led to the pilgrimage to Compostela in his name. James’ body found its way to Spain because (according to the story) he had already visited the country. Following the Pentecost, James had been given the task of converting the Diaspora Jews. He was executed shortly after his return to Judea from Spain. By the seventh century, in an anonymous text known as the Breviarium Apostolorum, this mission had been specified to ‘Spain and the West’.

It would seem to follow that most Spanish images of St James would draw inspiration from the New Testament. Yet, while it is true that paintings or sculptures of him in biblical guise are found, they are less common than one might expect. For James has two other, more popular guises which, in his role as symbol of the nation, reveal fundamental divides in Spanish society.

In the first, Santiago is a medieval pilgrim, dressed as a typical foot-traveller with robes, a staff, a leather satchel and a wide-brimmed hat adorned with a scallop shell – the symbol of the pilgrimage. In this manifestation he reflects the ordinary pilgrim on the Camino. This James is a seeker, a freethinker, breaking boundaries in search of the new and unknown.

In contrast, there is the third manifestation of Spain’s patron saint. In this guise his robes are exchanged for armour, the staff for a sword. And rather than walking, he rides a white horse. Most importantly, however, pilgrimage and contemplation have been replaced by the more vigorous activity of slaughtering the enemy. This is Santiago ‘Matamoros’, ‘Moor-Slayer’, an image of St James as a symbol of military might, a soldier, victor, oppressor and killer. He is a hero who rides in and smites whoever needs to be smitten in the name of Spain, its purity, its unity, its very being. He has a simple solution for everything: the use of violence to oppress and exterminate the enemy.

The Matamoros guise of St James solidified in the 12th century as part of Christian narratives about their battles with Muslim forces. But the violent role played by the patron saint is much older than that. For much of its history, one Spain has been trying to annihilate its opposing self, its other. In the Middle Ages, northern Spanish Christians found a natural enemy in the form of their southern Muslim compatriots, hence their transformation of Santiago into a ‘Moor-Slayer’. But they were following a long-established pattern, which predates the eighth-century arrival of Islam to the Iberian Peninsula.

An early example of this division is found at Santiago’s supposed burial site itself: Compostela. According to credible theories, the body actually found there in the ninth century was not that of the Apostle but was instead a bishop of the early Spanish church named Priscillian. A gnostic and non-conformist, Priscillian was persecuted by more conservative elements in the country’s religious hierarchy and eventually executed in 385, becoming the first Christian to be killed by his own kind for heresy. His followers took his body to their stronghold in Galicia and the burial site became a place of worship. Long before the two contrasting visions of Santiago – as Seeker and Slayer – had become established in the saint’s iconography, the two opposing forces which they represent – the unorthodox and orthodox, liberalism and authoritarianism – had been at loggerheads and the Slayer had successfully used violence to silence his ‘heretical’ self. 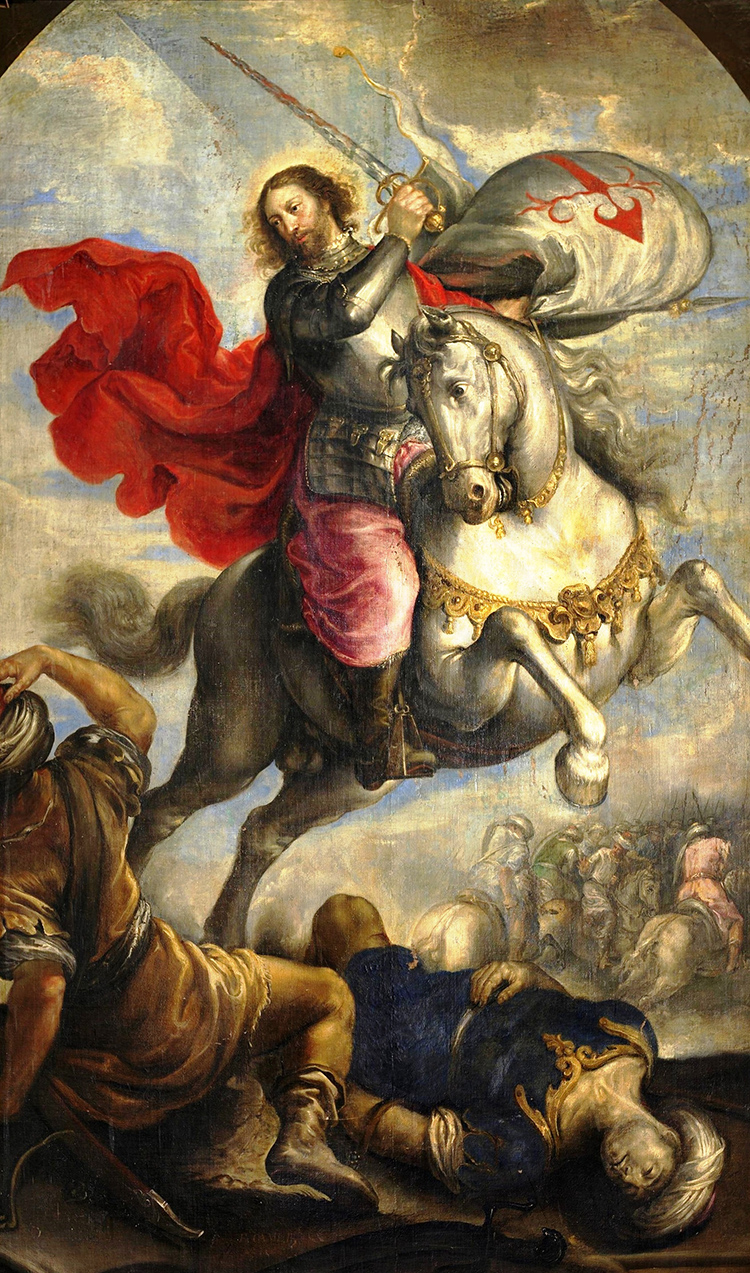 This pattern has continued, like a refrain, through the centuries, each time an aggressive Spain has struggled to subdue a version of itself which failed to fit with an imposed sense of national identity. It can be discerned on many occasions: Visigothic kings persecuting the Jewish community in the sixth century; Spanish Muslims of Al-Andalus continuously at war with themselves over ethnic and regional disputes; the wars between Moors and Christians during the Middle Ages; organised Almohad persecution of Jews and Muslim heretics in the 12th century; constant in-fighting among Christian kingdoms up until the late 15th century; the expulsion of the Jews in 1492; the crushing of the Comunero, Germanías and Morisco rebellions in the 16th century; the expulsion of the last remaining Spanish Muslims in 1609; the crushing of the Segadors Catalan independence rebellion in the 1650s.

Every century in Spanish history has suffered at least one major civil conflict. In 1873 there were up to three different civil wars taking place simultaneously. Each time fundamental questions over Spanish identity have been at play, with the annihilation of the ‘other Spain’ at its core. During the Civil War of the 1930s, Franco followed centuries of historical precedent by referring to his opponents, simply, as ‘the anti-Spain’. Propaganda images of him from the time consciously drew parallels between the dictator and Santiago the Slayer.

Which brings us to Catalonia. What can the iconography of Santiago tell us about Spain’s troubled present and its possible future? Spain was forged and held together through bloodshed and warfare, through one Spain imposing itself over the other. In the absence of an authoritarian, centralising figure such as Franco (or Philip II, or Abd al-Rahman III, or the many others who have played this role over time) Spain has a historical tendency of breaking apart. Will it do so again? Today Spain is a democracy. Democracies by their nature are not authoritarian. Which effectively means, if Spain follows that divisions of its past as embodied in its patron saint, it has to choose which is more important: national unity or a free society? History suggests that the two are incompatible.

Jason Webster is the author of Violencia: A New History of Spain: Past, Present and the Future of the West (Constable, 2019). 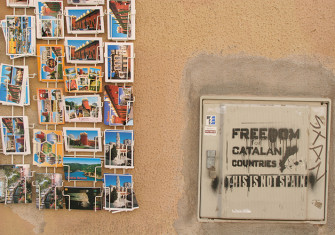 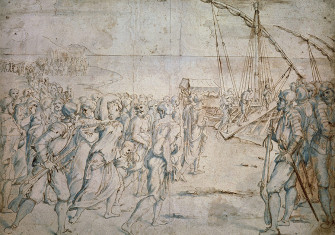