The Mary Celeste: 'A curiosity that has never been satisfied'

The true story behind the much-mythologised ship and its vanished crew. 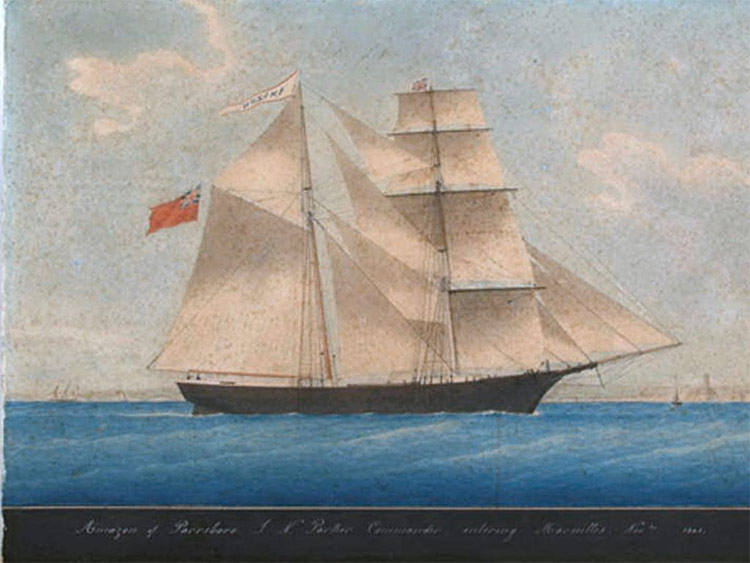 In 1884, the ‘phenomenally successful’ literary journal Cornhill Magazine published, anonymously, J. Habakuk Jephson’s Statement. Purporting to ‘subjoin a few extracts’ from an article that appeared in the Gibraltar Gazette, it began:

In the month of December in the year 1873, the British ship Dei Gratia steered into Gibraltar, having in tow the derelict brigantine Marie Celeste, which had been picked up in latitude 38 degrees 40', longitude 17 degrees 15' W. There were several circumstances in connection with the condition and appearance of this abandoned vessel which excited considerable comment at the time, and aroused a curiosity which has never been satisfied.

The Gibraltar Gazette is fictional, Marie a variation on Mary, and the discovery takes place a year late, but otherwise, the above represents a fairly accurate summary of fact: on December 4th, 1872 a small cargo ship carrying 1700 barrels of alcohol bound for Genoa from New York was found by the Dei Gratia adrift in the Atlantic ocean. As is now well known, the Mary Celeste was completely abandoned. Speculation as to what happened to its crew has been a renewable source of debate ever since.

From hereon in, however Jephson’s statement on the fate of the ship and its crew enters the realm of fiction and, arguably, has stayed there ever since. It was the first work to be published in a major publication by Arthur Conan Doyle, most famous as creator of Sherlock Holmes and victim of the Cottingley Fairies hoax. Most writers could only dream of creating such an legacy with their first notable work. Conan Doyle’s sensational solution to the mystery (the culprit is a mutilated stowaway on a cutthroat jihad against all white men) captured public attention to such an extent that the British and American governments were prompted to respond with formal denials and official investigations. In something approaching a self-fullfilling prophecy, the Statement created an interest in the Mary Celeste that has endured, unsatisfied, for well over 100 years becoming a genre in its own right. Valerie Martin, author of the Mary Celeste’s most recent fictional outing included Conan Doyle as a character in The Ghost of the Mary Celeste (Weidenfeld & Nicolson, 2014), but lukewarm reviews of the book suggest that while the reading public is drawn to the mystery, they also like a satisfying conclusion. Jermoe de Groot, reviewing the book in History Today, described the book as ‘circling around the mystery without seeming to contribute anything purposeful’. ‘I was hoping for a titillating historical-fiction mystery about the real-life vessel Mary Celeste […] What I got was a fragmented and vapid tale about ... well ... I'm not sure’, complained one reader reviewing the book online.

There are some great pieces of mystery fiction set aboard ships. The ‘framing’ device used by Conan Doyle might put readers in mind of later works like Stefan Zweig’s novellas Chess and Amok, or Bram Stoker’s Dracula where the count arrives at Whitby aboard a ghost ship in a case of reverse colonisation that would send titillating shudders through Victorian England. All the above titles were read voraciously by the reading public, arguably satisfying a hunger fanned by Conan Doyle with his popularisation of the Celeste story years before. Worth noting, however, is that the impact of Conan Doyle’s story belies the fact that he lived in an age where the day’s biggest authors – HG Wells, Zweig, Robert Louis Stevenson – enjoyed the sort of mass readership that enabled them to shape public belief. The Celeste myth was a product of a time when literary fiction was at its most powerful: it’s a matter of debate as to whether Conan Doyle’s modern day contemporaries could exert the same influence.