From Benin to Sardinia to the North Caucasian Emirate: curious examples of the flag-maker's art.

In 1897 British troops entered Benin City on a retaliatory mission, aiming to avenge the defeat of a previous expedition against the Kingdom of Benin, a pre-colonial empire located in southern Nigeria. The mission was, from the British perspective, a success: the king was captured and sent into exile, the city was razed to the ground and numerous artefacts carted back to London.

Among the objects was this unusual flag, showing one figure decapitating another using a sword against a red background. Little is known of the flag's origins or meaning, nor even if it belonged to or was used by the Kingdom of Benin, though it is believed to be of Itsekri origin. The original is now located at the National Maritime Museum in Greenwich.

A short-lived state formed in Chechnya during the tumultuous aftermath of the Russian Revolution, perhaps the North Caucasian Emirate's greatest contribution to history was this distinctive flag, in which the familiar Islamic elements (the crescent, moon and stars) were arranged in a simulacrum of a smiling face.

Whether it was intentional or not we will probably never know: the North Caucasian Emirate's six-month existence came to an end in March 1920, when it was incorporated into Soviet Russia. 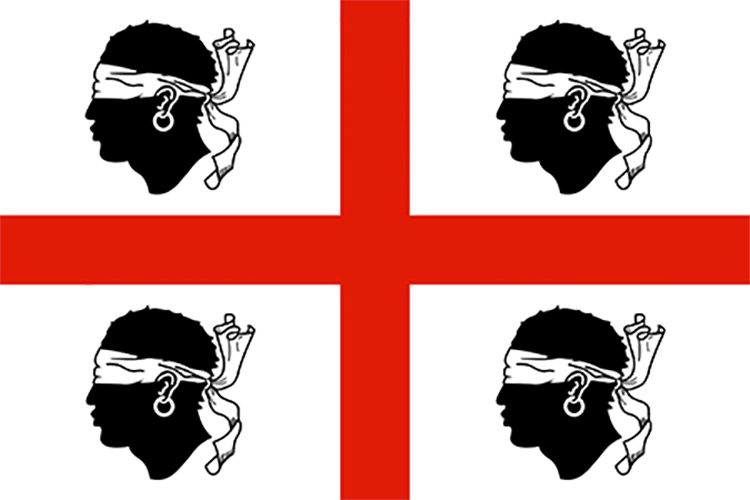 The Flag of the Four Moors, which dates from 1281, is composed of the bandaged heads of four Moors in profile, arranged on a St George cross. In some versions, as above, the heads are facing to the left and blindfolded; the official version (as of 1999) positions the blindfolds above their eyes, with the heads facing to the right.

There is some dispute over what the flag represents. According to some historians, the four heads each represent a victory for the Kingdom of Aragon against invading Moorish forces. Another Spanish source has it that the flag was made specifically to commemorate the Battle of Alcoraz in 1096. 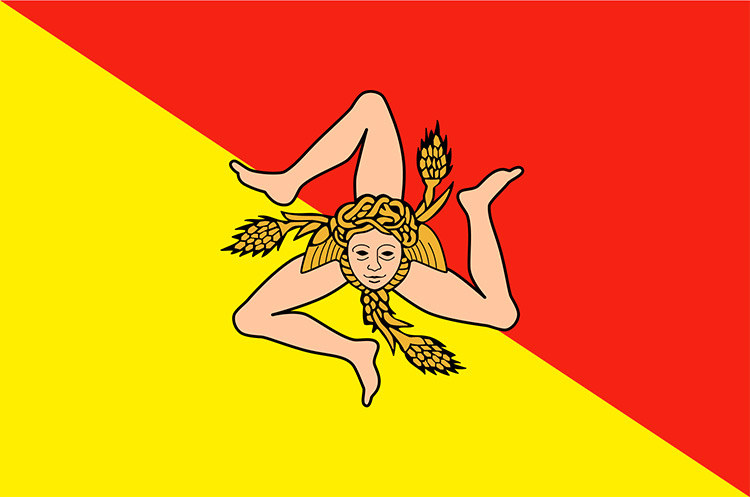 Not to be outdone by its near neighbour Sardinia, Sicily's flag features a triskelion representing the trinacria (referencing the Greek name for the island, which is inspired by its triangular shape).

At the centre is a head of Medusa surrounded by three ears of wheat, and the background colours of red and yellow, which represent Sicily's two main cities, Catania and Palermo. The flag dates from the Sicilian Vespers of 1282, a revolt against the reign of Charles of Anjou.

A short-lived state on the island of Taiwan (named 'formosa', or 'beautiful' in Portuguese, by early European explorers), the Republic of Formosa existed from May to October 1895, yet in those five months the Republic's leaders found the time to commission this striking flag, depicting a jaunty-looking yellow tiger against a blue background. The Republic ended when the Japanese invaded the capital, Tainan. 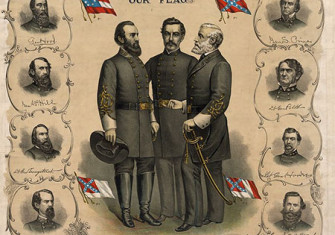 The Troubled Resurgence of the Confederate Flag