India versus the East India Company

Violence and expansion were integral to the armed bureaucracy that played a crucial role in the early days of Empire. 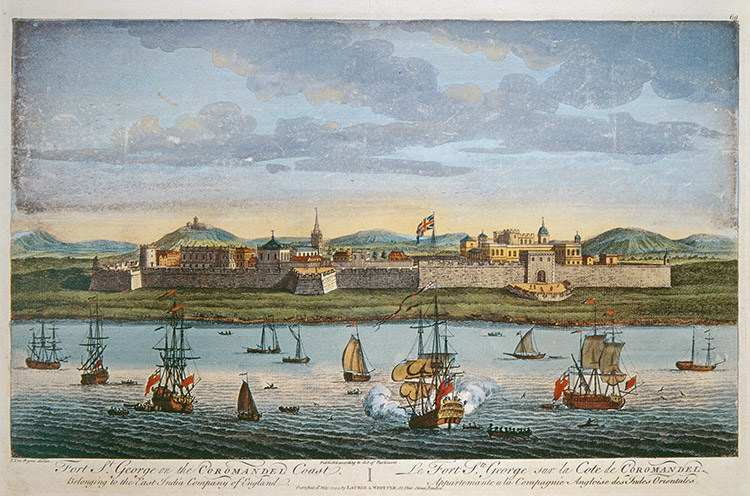 From the beginning the ‘Governor and Company of the Merchants of London’ – more commonly known as the English East India Company – was different from other companies. Instead of coordinating the commerce of private traders, as other contemporary corporations did, the East India Company acted as a merchant in its own right and used force to assert its interests. It was an armed bureaucracy, not just a federation of merchants. As a result, it had a prickly relationship with other traders and with Asian rulers. It was that relationship which led to war and conquest.

Historians often write as if the East India Company began as a peaceful trading concern, only becoming an armed political force with the rise of more aggressive, nationalist ideas in the late 1700s. In fact, violence was contained in its structure and culture from the start.

The Company’s employees – ship captains, clerks and agents – were allowed to trade on the side, building small private enterprises, but their main responsibility was to ensure a steady flow of profit made its way to the firm’s shareholders. The Company jealously used its monopoly to exclude rival English merchants – called ‘interlopers’ – from trade east of the Cape of Good Hope.

Small groups of Company officers scattered through India were paranoid about their security and took every minor slight from Indian rulers as well as other European merchants as a major challenge. In the 1680s, English officials in Bengal were particularly anxious that the Mughals had negotiated a better trading deal with Thomas Pitt, an ‘interloping’ trader who later joined the Company – and became grandfather and great-grandfather to British prime ministers. At the same time, Mughal attempts to tax trade were treated as a massive affront. Company officers thought the Mughals had ‘got the knack of trampling upon us, and extorting what they please’ and imagined the situation would only be resolved by force. With the support of the newly installed James II, 19 ships were sent from London with six companies of soldiers to display the Company’s might.

The war of 1686-90 ended in humiliating defeat. The fleet was scattered, with British officers and soldiers eventually imprisoned or driven out of the province. In the west, at Bombay, Mughal soldiers drove the Company’s army into its fort ‘with men enough to have eaten up all the Company’s soldiers for breakfast’. Eventually, the English had no choice but to sue for peace. They were only allowed to stay because the Mughal regime thought that, once they had been subdued, the English fleet might make useful allies.

However irrational it might have seemed, British officers often imagined they had no choice but to attack or be attacked even if, like in 1690, violence led to defeat. Obsessed by the reputation they would have when they returned to England, few thought they could take the risk of appearing weak in the face of apparent Indian challenges.

But violence did not lead to conquest at first because Indian states were powerful and unified enough to block the Company’s aggression until the 1740s. The Mughal empire’s capacity to recruit and command armies centrally declined in the early 1700s. But the empire’s authority was dispersed in powerful regional bureaucracies, which blocked the East India Company’s anxious advance.

It was the arrival of Persian and Afghan invaders to India that changed the political landscape. The great Persian warlord Nader Shah ransacked Delhi in 1739 and pushed India’s political system into crisis. Battles between political rivals in India’s provinces made the Company uneasy about its security again, encouraging the growth of its armies and forts. Conflict created an opportunity for British officers to make a fortune and a name for themselves. The most famous was the Company clerk-turned-soldier Robert Clive, who began his military career fighting on behalf of the ruler of south-east India, the Nawab of Arcot, then as an ally of the Marathas.

During the 300 years of their political presence in India, the fate of British power always relied on Indian rulers and elites. But the East India Company and its successor in the British Raj fostered a monopolistic and bureaucratic ethos which made long-term cooperation impossible and caused violence to recur. Despite the protestations of its officers, the origins of the Company that conquered India meant British power there was always unstable and fragile.

Jon Wilson is Senior Lecturer in history at King's College, London. He is the author of India Conquered: Britain's Raj and the Chaos of Empire (Simon and Shcuster, 2016).