Lexington: The End of a Myth

On April 19th, 1775, the fatal clash took place, on the Common of a small Massachusetts town, between British troops and local militia. From this village battle the American War of Independence took its start. John A. Barton queries whether the clash was deliberately organized by “Patriot” leaders in order to provoke an incident, after which there could be no retreat?

Guinea: Past and Present

The Republic of Guinea has been the scene over the centuries of several attempts at state-building. Basil Davidson records how the memory of past achievements strongly influences West Africa today.

It is difficult to estimate how many English During the resplendent reign of Louis XIV, many English travellers explored Versailles—among them a philosopher, a famous bishop, a great architect and a gifted diplomatist-poet. Claire-Elaine Engel describes how each has left some vivid personal impressions of the court that revolved around the Sun King.

Antiochus Epiphanes and the Rebirth of Judaea

E. Badian writes that the efforts of Antiochus Epiphanes to Hellenize his dominions led to a revolt in Judaea under the leadership of the Hasmonaean house, known as the Maccabees, who succeeded in re-asserting Jewish law and the Jewish religion in traditional form.

Noel Goodwin remembers Joseph Haydn, who led a dedicated life of remarkable fertility and created “a method and style of musical architecture capable of such infinite variety that more than a century of orchestral music was directly based upon it.”

Dorothy Margaret Stuart introduces a grandee at the court of Edward IV, a warrior both on land and sea, and the first patron of English printing; Earl Rivers, who met his death in the sinister Castle of Pontefract at the orders of Richard III.

Meyrick H. Carré studies the reasons that led Francis Bacon, the distinguished philosopher and man of letters, to become in his political career a vehement upholder of absolute royal authority. 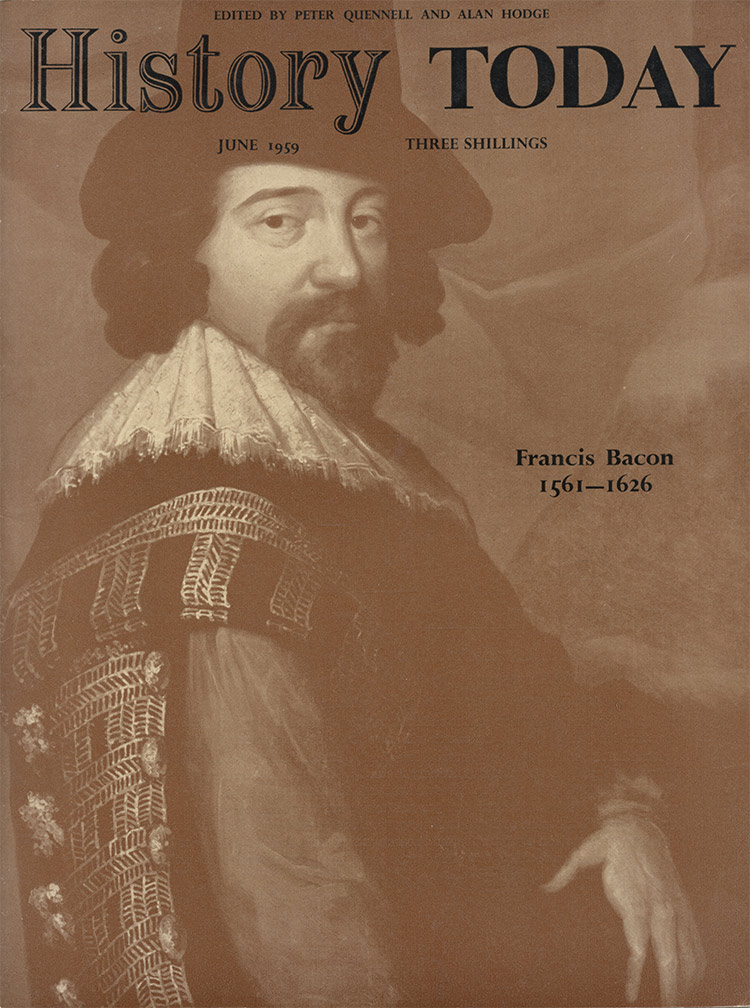