The Liberation of Paris

In the summer of 1944, when Paris was to be liberated, and how, became for the Western allies a problem not only of military but of deep political significance.

An Eighteenth Century Regatta on the Thames

Englishmen, during the reign of George III, loved every form of festivity and show. In 1775, a courageous attempt was made to hold a magnificent London regatta. But, as F.H.W. Sheppard writes, there were the usual delays and misunderstandings; ladies fell into the Thames-side mud; and, naturally, the weather changed.

The Battle of Valcour Island

In the autumn of 1776 Benedict Arnold, whose name in American annals is now synonymous with treachery, saved the embattled Colonies from a crushing British-Canadian blow by his gallant naval delaying action upon the waters of Lake Champlain. By John A. Barton.

During the disturbed tenth century in Western Europe, royal power held its ground and extended its authority only in Germany-whence the Emperor Otto III sallied into Italy with the purpose of reviving Roman classical tradition and combining it with the dream of a Christian Commonwealth under imperial aegis. By J.B. Morrall. 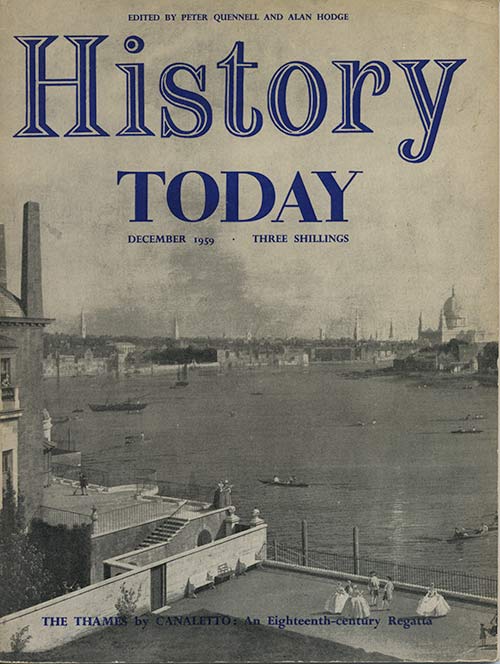