P.M. Holt depicts 'an organized revolutionary movement... resulting in the establishment of a territorial Islamic state'.

Born on the banks of the Rhone, this enlightened French missionary was the first European to carry out a comprehensive survey of the manners and customs of the Hindus. Roderick Cameron describes how the book that he wrote, which he published with the encouragement of the British East India Company, remains a classic in its own field.

A manager of men and a master of contemporary politics, writes Esmond Wright, Dundas was Pitt's energetic colleague “during the most critical years in British history except for 1940”—not a hero, but a vigorous man of affairs who “rendered some service to both his countries.”

The Philosophical Testament of Johannes Haller

As it has fallen to the lot of our generation to relive the experiences of a Jeremiah and Josephus, writes Martin Braun, it is not surprising that a literature of historical self-analysis has sprung up in post-war Europe—most notably in Germany.

The Unification of the Mediterranean: Cold War in the Ancient World, Part II

The monarchs of the East had developed an effective technique of establishing control of the Greek cities by volunteering to “liberate” them. This was a method, writes E. Badian, of which Roman statesmen quickly learned to take advantage.

Ledger and Sword: Cornelis Speelman and the Growth of Dutch Power in Indonesia, 1666-1684 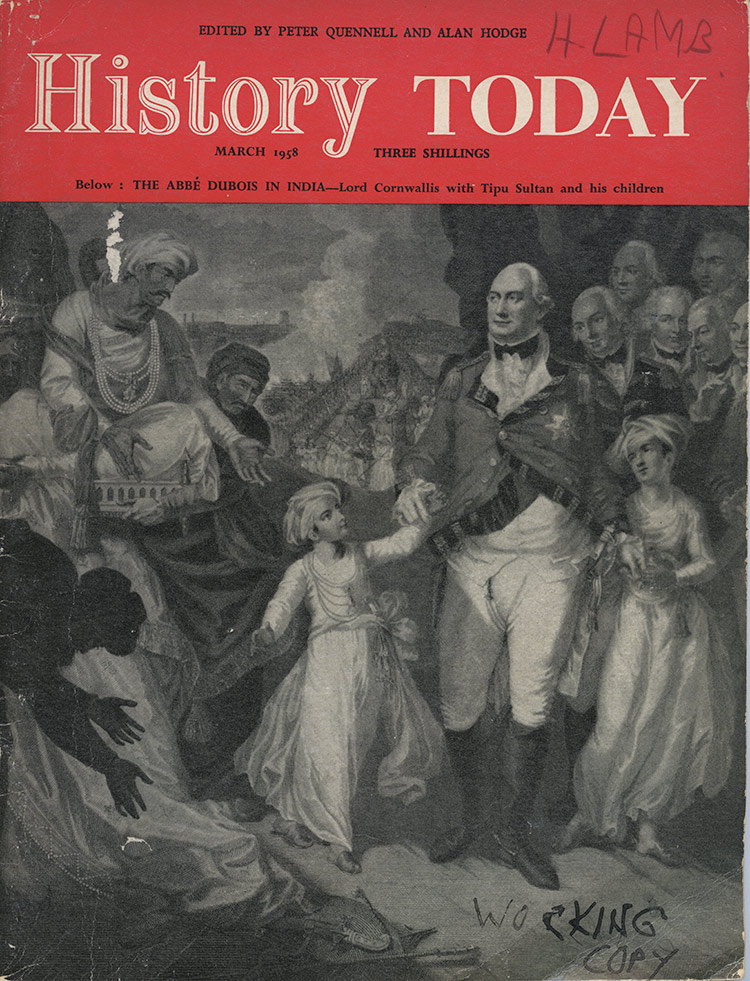