Harold Kurtz writes that the torments of a false conscience formed a secret experience that was with Talleyrand all his life.

Only in a free political society, declared Lamennais and his followers, could nineteenth-century Catholics hope to evangelize the new age. Complete religious liberty, with disestablishment of the Church, freedom of education and of the press, and the decentralization of governmental authority, writes J.B. Morrall, were among the aims they advocated. His views having been condemned by the Vatican and himself denounced by conservative critics as “Robespierre in a surpliceLamennais at length abandoned the faith to which he had devoted so much talent and energy.

To the victors in the Ministerial Crisis of 1886 went twenty years of power, writes Robert Rhodes James, while to the loser there only remained a poignant struggle against denigration and disease.

The Partitions of Poland, Part I

Except for the decades between the First and Second World Wars, the Polish people, since the end of the eighteenth century, have always been subjected to some form of foreign domination. Thrice Poland was partitioned by aggressive neighbouring sovereigns, and her promising renaissance after 1772 came to nothing. L.R. Lewitter queries the factors that have determined Poland's tragic destiny.

Shadow over Serbia: The Black Hand

A.W. Palmer describes how the troubled politics of Serbia played a large part in precipitating the first World War. By a policy of violence and assassination, a group of army conspirators, known as the “Black Hand,” laid a fuse to the Balkan powder-keg.

D.G.C. Allan introduces the eleven Secretaries of State employed by Charles II, who reflect in the variety of their personalities, the social brilliance and the shifting policies of the Restoration Age.

S.G.F. Brandon poses the question: was Josephus, the famous Jewish historian of the first century A.D., an arch Quisling of the ancient world? He “could scarcely have given a worse impression of himself than that to be derived from the Jewish War,” whence he emerges as an unscrupulous opportunist whose conduct is rendered even more distasteful by a hypocritical profession of the highest motives. 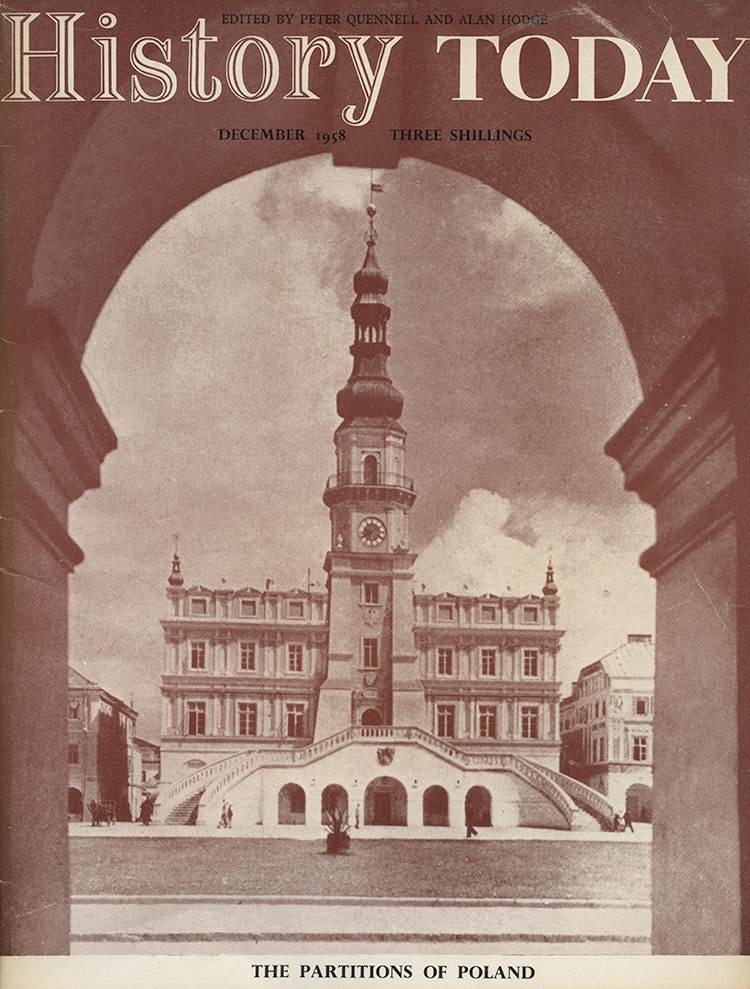