By challenging and destroying the system of General Warrants, John Wilkes struck an important blow for civil liberty in England, writes George Rudé.

C. Northcote Parkinson traces the development of the tin mining and plating processes, from Chinese joss-sticks, to the modern tin can.

Joseph Chamberlain entered public life as a self-made man and a Republican Radical: he left it as the leader and idol of Protectionist Toryism. Such are the transformations of the English political scene, writes Robert Rhodes James.

George Godwin charts the life of the Royal Navy commander and his exploration of the northwestern regions of contemporary Canada and USA.

To most modern readers little more than a resounding name, the Kingmaker is here described by Paul Kendall as an “early exemplar of that Western European energy” which was presently to transform the civilized world.

Far more interesting than Byron's romantic hero, who also inspired a celebrated circus act, is the real Mazeppa, as described in this article by L.R. Lewitter.

For nearly two hundred years Jesuit missionaries held a privileged position at the court of the Chinese Emperors, C.R. Boxer writes, where they laboured not only as fishers of men, but as astronomers, mathematicians, portrait-painters and skilful architects. 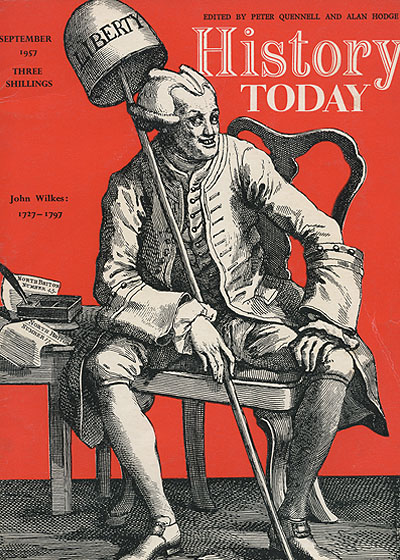