Read All About It!

Clive Gamble revisits the moment at which archaeologists realized that human prehistory was far longer than biblical scholars had imagined; and links this to today’s debates about the antiquity of the human mind with its capacity for self-aware thought.

Jim Downs says that the Democrats should blame history for the dilemma they face in having to choose between Clinton and Obama for this year’s presidential nomination.

Roger Howard asks how the discovery of oil affected relations between Britain and Persia in the early twentieth century.

Stripped Assets: The Opening of the Atlantic and the Discovery of Mankind

David Abulafia considers Columbus’ first encounters with the indigenous peoples of the Caribbean, and shows how they challenged European preconceptions about what it meant to be human.

Art on the Street

Manus McGrogan traces the radical posters that flowered on the walls of Paris in the spring of 1968, while a new exhibition at the Hayward Gallery in London offers a chance to see them.

Gerard DeGroot takes a critical view of the student protests in Europe and the US in 1968, and the subsequent tendency of the Left to view the events of forty years ago through rose-tinted shades.

Robert Gildea describes a new Europe-wide project to investigate the impact of 1968 and its sometimes bitter legacy.

Perpetual Enmity: The 2,500-Year Struggle between East and West

Anthony Pagden describes how the conflict between Europe and Asia, which began over two millennia ago, hardened into an ideological, cultural and religious struggle between the West, which has always cast itself as free, and – despite frequent outbursts of religious fanaticism – secular, and an enslaved East governed not by the laws of man, but by the supposed laws of god. 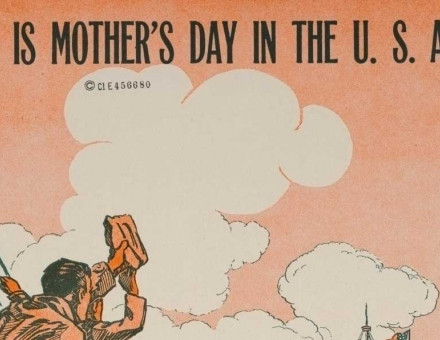 The First Mother’s Day in America 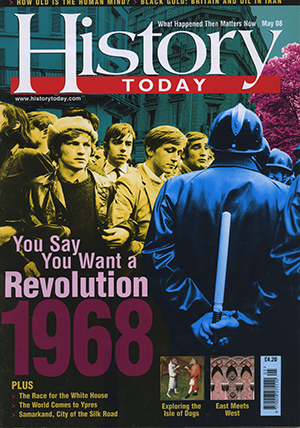