Larry Gragg recounts the reasons for the visit of the Quaker George Fox to Barbados in 1671, and the significance of his presence there.

On the 60th anniversary of the fall of Singapore, arguably the nadir of Anglo-Australian relations, Richard Wilkinson explores the strange relationship between the two countries in the last century.

Michael Vickers considers the original value of Greek ceramics, and why it has become inflated in recent centuries.

Jacqui Goddard on the latest findings at the important Roman site on the Danube.

J.W. Bartlett on the response of the British public to government campaigns to finance ship-building during the Second World War.

David Cannadine recalls the career and personality of an inspirational historian.

On Feb 4, 2002, the Women's Library opens in an extraordinary new building in Aldgate East in London. The new library is a place for people to debate and explore what the future holds for women. 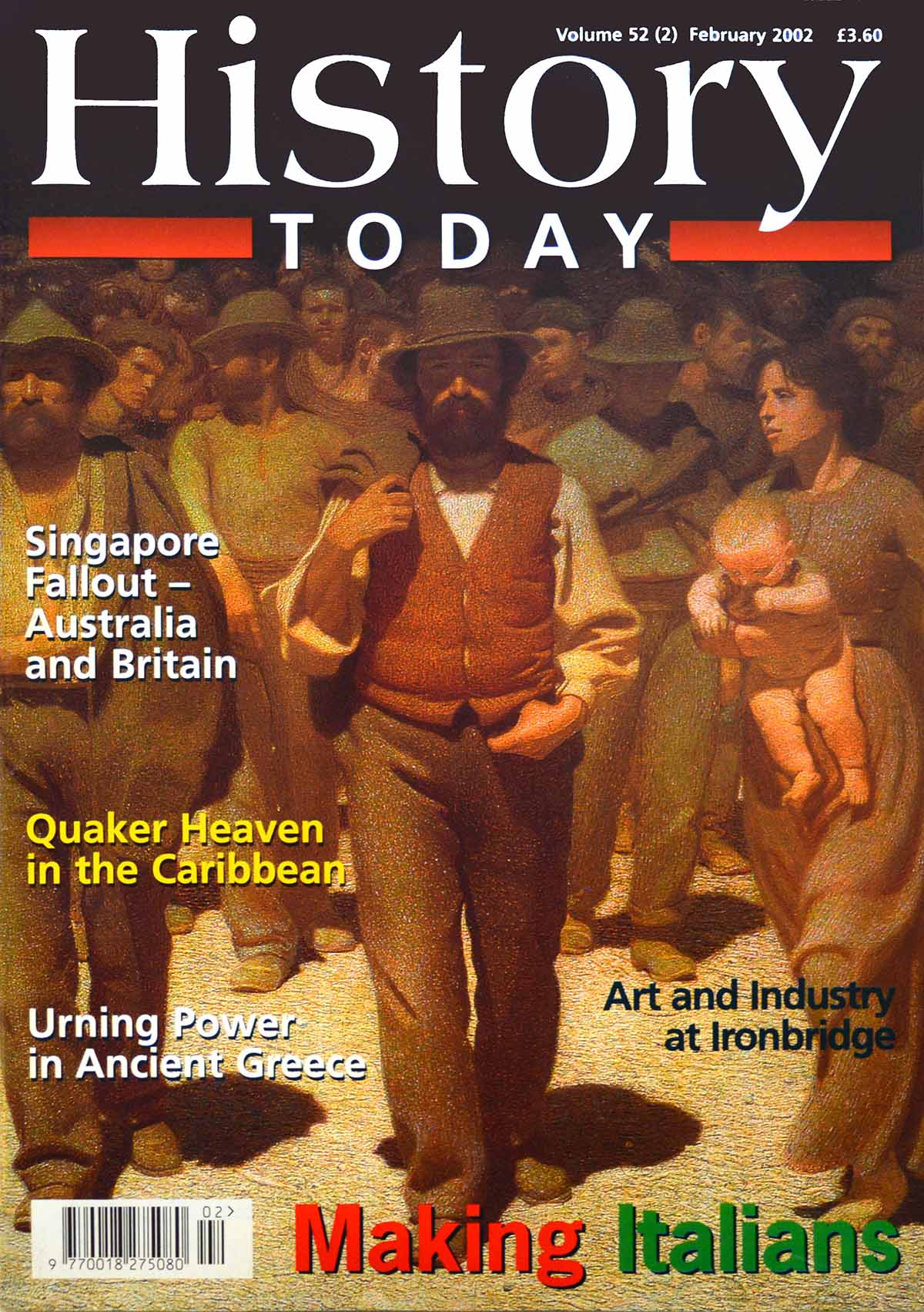