Johnathan Israel describes how the genius of the 17th-century Netherlands lay not just in painting but in a blazing a trail in civic pride and technological improvements for the rest of Europe.

Robert Stradling uncovers the tale of the Irishmen who went off to fight for the Nationalists in the Spanish Civil War and the reaction they provoked, then and now.

The Long March of François Mitterrand

Historians of the world unite at conference

Little Women? The Female Mind at Work in Antebellum America

Louise Stevenson argues that girls growing up in mid-19th-century America were far more intellectually forceful and streetwise than often given credit for.

Archaeological wonders in the Mediterranean

Penelope Corfield delights in the traditions and splendours of the Apothecaries Hall in the capital. 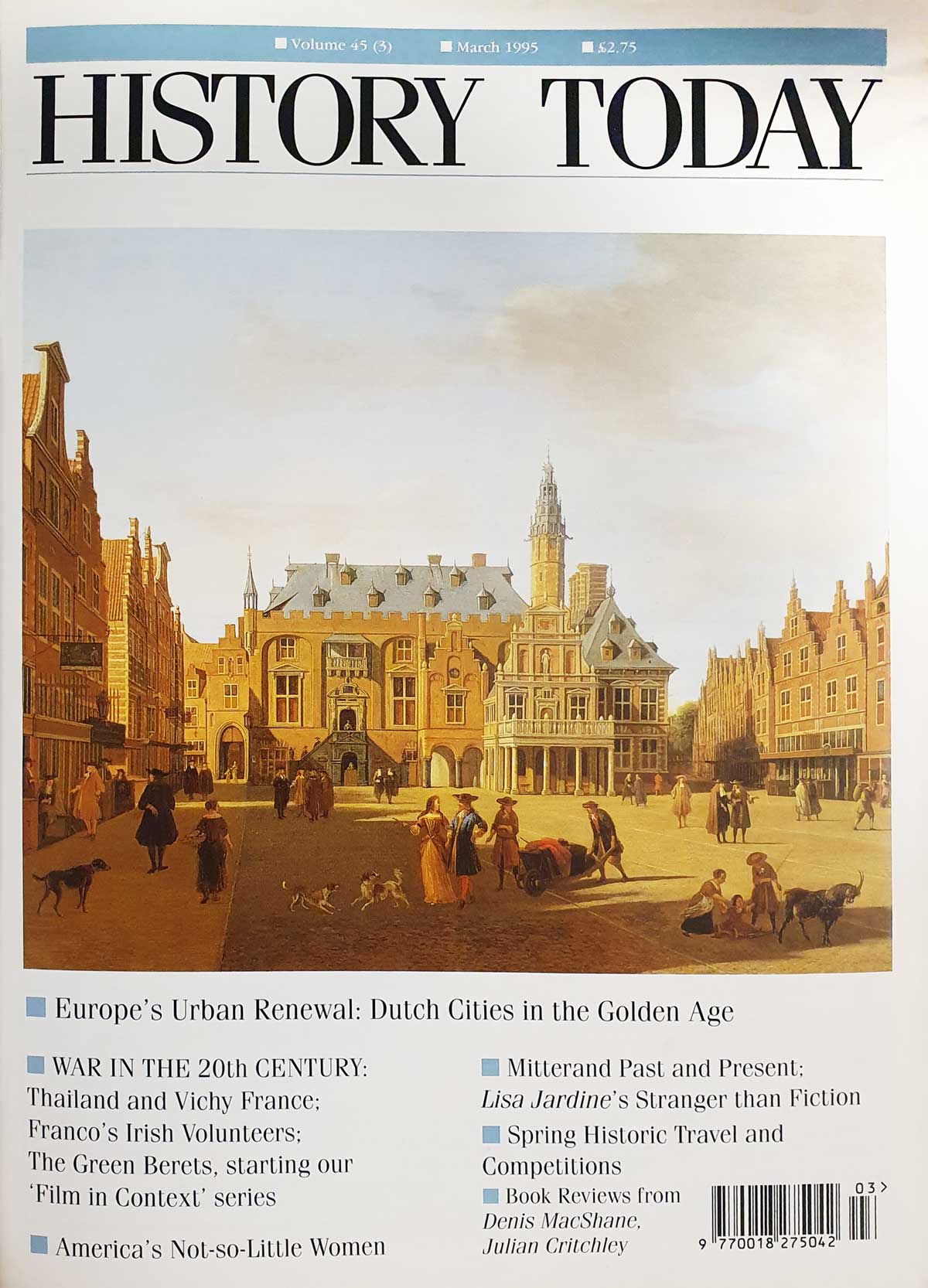