Ian MacDonald looks at how the Edwardian political battle on tariff reform and the career of Joseph Chamberlain was advanced via the postcard.

The Palace of the Inca at Tombebamba

Richard Robinson uncovers the history of a city in Ecuador

Paul Martin examines how badges made you part of the union in 19th- and early-20th century Britain.

Showman, fraud or 'Green' prophet? John Hayman investigates the life of perhaps North America's most famous 'Indian' between the wars.

Kleisthenes and the Icons of Democracy

Mogens Hansen looks at the launch of democracy in 6th-century Athens and those who have sustained it since.

What Democracy Meant to the Athenians

Josiah Ober looks at the rights and responsibilities of the citizen in Athenian society through the words of Demosthenes, the city's greatest orator.

Dutch Maps and English Ships In The Eastern Seas

The Last of the (Roman) Summer Wine

The Myths of Medieval Warfare

An absurd procession of chivalry or mad mass charges? Analysis of fighting in the Middle Ages has become more subtle than either of these scenarios, argues Sean McGlynn. 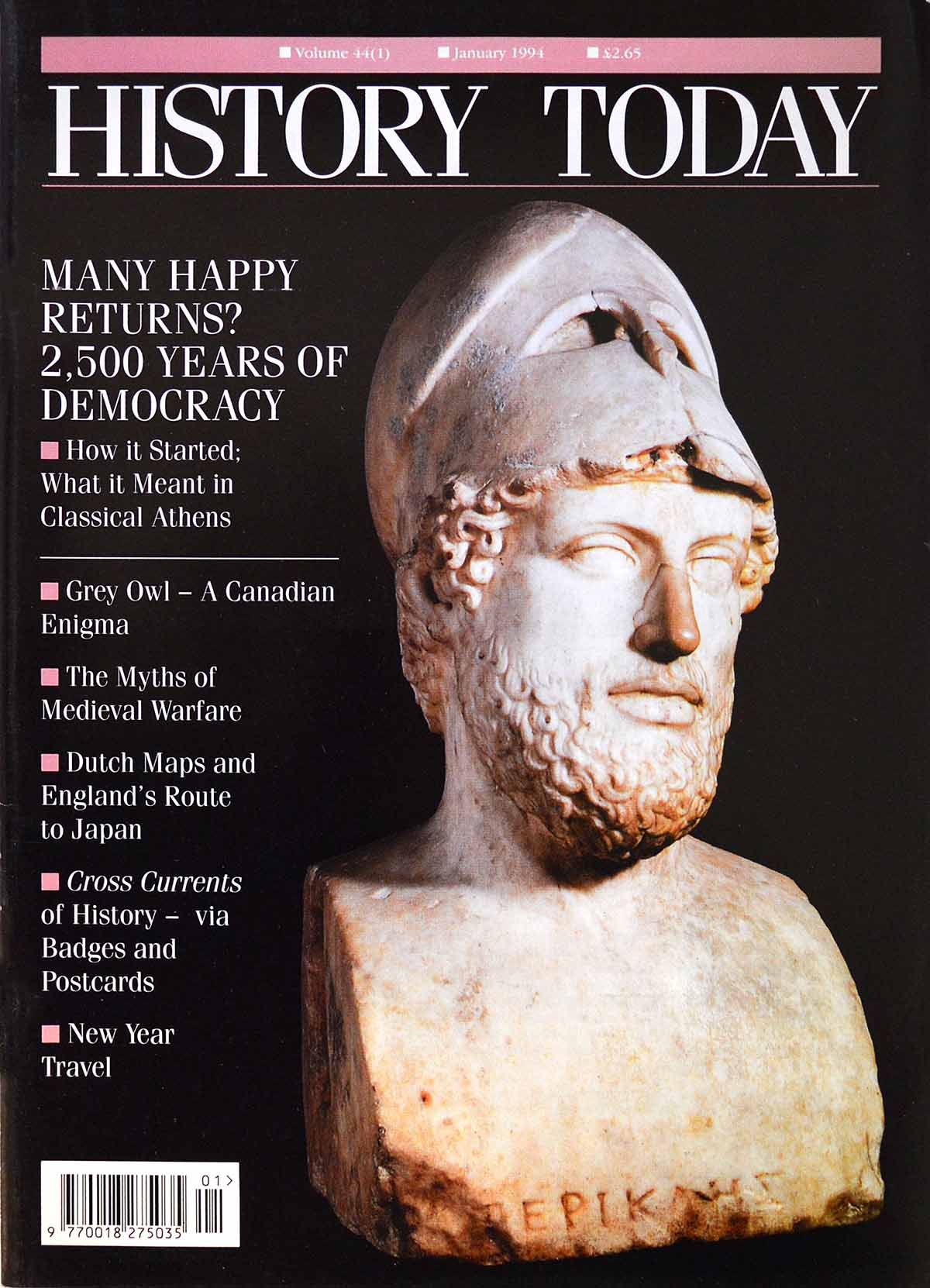