The Enigma of Ultra

Ian Fitzgerald on medicine and music for 'The Creation'

John Miller considers 20th-century political insiders and outsiders through the eyes of today's historians on radio.

Why Suffrage for American Women was not enough

Elisabeth Perry explains why US women did not breakthrough in politics between the wars, despite having won the vote.

Did past ages look upon babies and their needs with less than starry eyes? Nicholas Tucker sifts the evidence from the cradle in history.

Margaret Jervis on a new exhibition at the British Museum on the Egyptian empire.

Percies, Nevilles and the Wars of the Roses

Richard Eales looks at how politics and chess have mated more in history through to the present day. 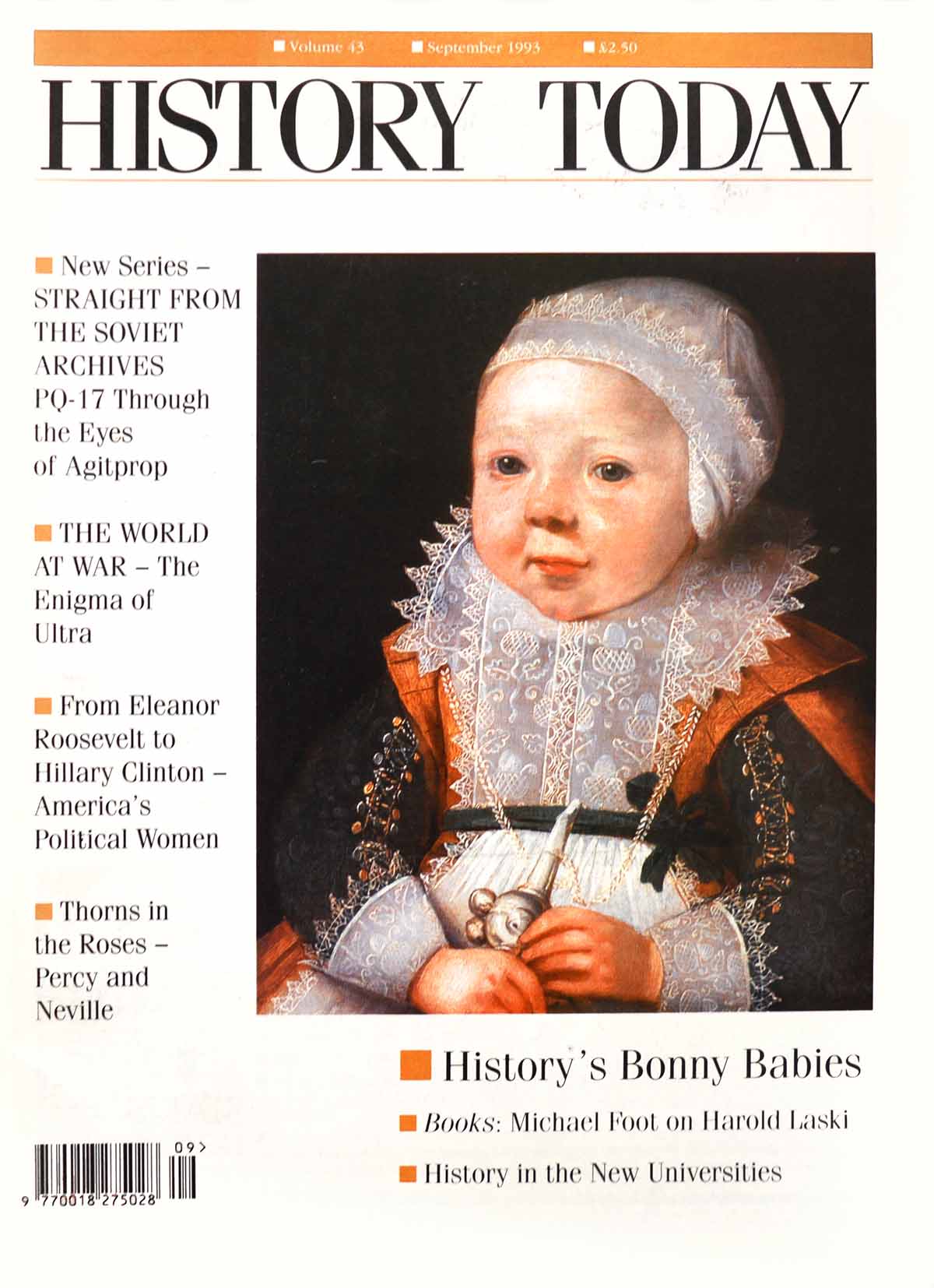