Keith Nurse explores the findings of a post excavations studies carried out on an ancestral burial ground in Warwickshire.

GIs and the Race Bar in Wartime Warrington

Why did the US army in wartime Britain try to get a Lancashire dance-hall declared 'out of bounds' to a young West Indian? Janet Toole describes an episode - and the brave stand taken by the dance-hall owner – that revealed Uncle Sam's unease about the mixing of black and white.

Gary Rawnsley puts in a plea for greater recognition of radio monitoring as a historical source.

Saints and Cities in Medieval Italy

Every commune had to have one - Diana Webb explains how the cult of a holy man or woman and civic PR went hand-in-hand in medieval Italy.

Mary Beard looks at the new ways of thinking about what life was like for women in Greece and Rome.

The history of the controversy over People's Park in Berkeley CA is discussed. The 1960s saw the beginnings of the health consciousness movement - natural food, exercise, relaxation.

John Powell chronicles the activities of a Midlands ring of counterfeiters whose activities open a window on the economic and social ambiguities of late Georgian England.

Iain Smith looks at how teaching history is being turned upside down in South Africa today.

The Lost Jewish Music of Transylvania

An article about a project in exploring Jewish instrumental music

Roderick Phillips considers if marriages were ever made in heaven. 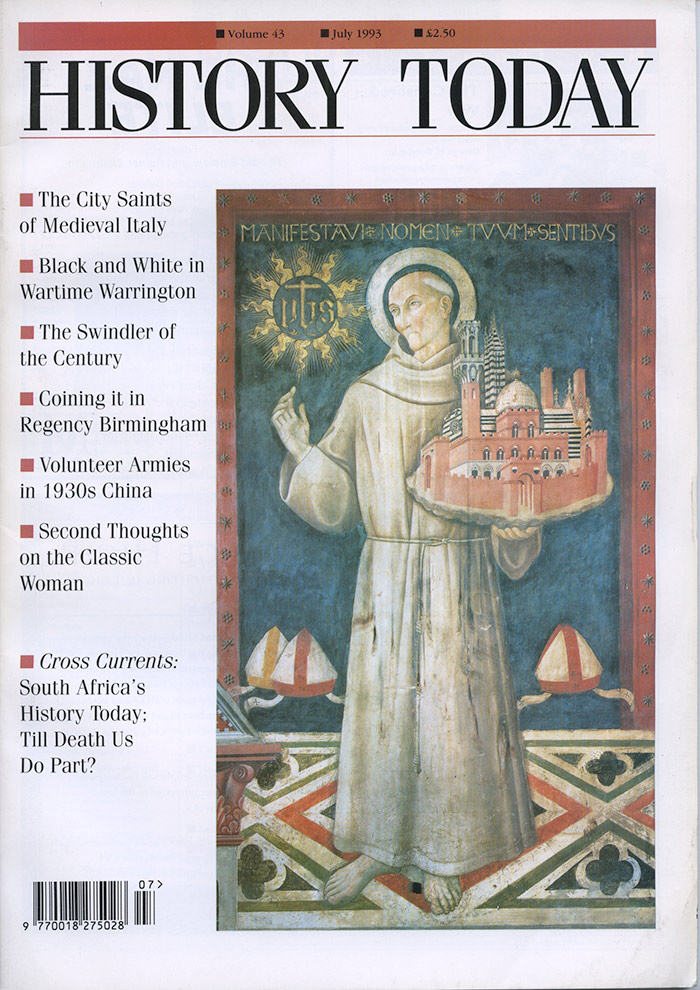