Charlotte Crow on the creation of a patchwork history of the women of Preston.

The Marquis of Antrim: A Stuart Turn-Kilt?

Hated by many, mistrusted by all: a fair verdict on Randal MacDonnell the man who wheeled and dealed across Scotland and Ireland in the troubled era of Civil War and Commonwealth? Jane Ohlmeyer puts the man in his geographical and cultural context and re-evaluates his career and motives.

Freeing the Streets of Victorian London

Peter Atkins finds that though we might be considering toll roads, the Victorians were glad to get rid of them.

As France's voters prepare to elect a new legislative assembly this month, Malcolm Crook reflects on the apprenticeship of democracy in the first half-century after the Revolution.

Kings knight knights, but who knights kings? Peter Linehan looks at how Alfonso XI got round the problem and in the process strengthened his hold on his kingdom.

Edward Norman on the Eastern promise of Western sainthood to be encountered in the Church of the Bom Jesus in Goa.

Barry Gough offers a Canada-eye-view on the commemorations and controversy of the Columbus Quincentenary. 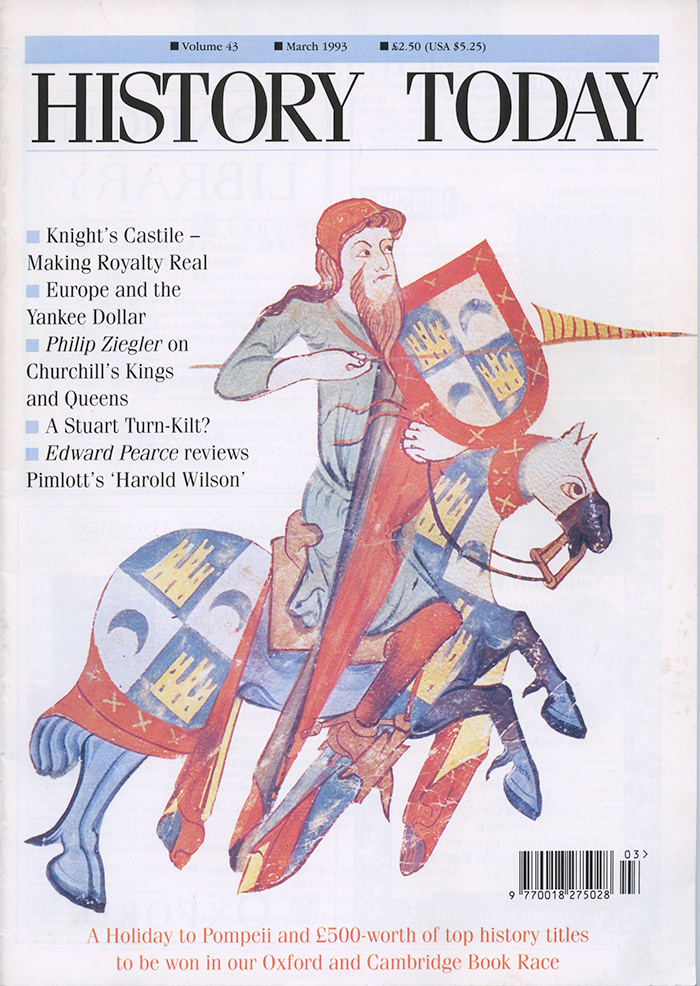