Robert Thorne on monumental records on the move.

Hugh Purcell examines the impact on either side of the Atlantic of Ken Burns’s tour de force, The Civil War.

Richard Cavendish paddles along with the Coracle Society.

Byron and the Carbonari

Lord Byron has gone down in history as the 'poet at war' supporting the Greek struggle for independence, but here Richard Lansdown uncovers his involvement with another mysterious nationalist group in 19th-century Italy, a tale of secrecy, symbolism and masonic rituals.

The Changing Face of 19th-Century Britain

Gareth Stedman Jones argues that an exciting revaluation of narrative analysis of the 'workshop of the world' is on the way through the political and intellectual upheavals of the 1980s.

George Fox and the Origins of Quakerism

In the tercentenary year of the death of the founder of the Society of Friends, Michael Mullett takes a look at the outlook and achievement of a man to whom 'all things were new'.

Peter Marshall considers the past impact and present influence of Marxist models to the history of Europe's encounters with other continents.

Jesuits at the Court of Peking

Professor Charles Boxer looks at a fascinating East-West encounter where science and mathematics were trailed as tempters for a Chinese gospel. 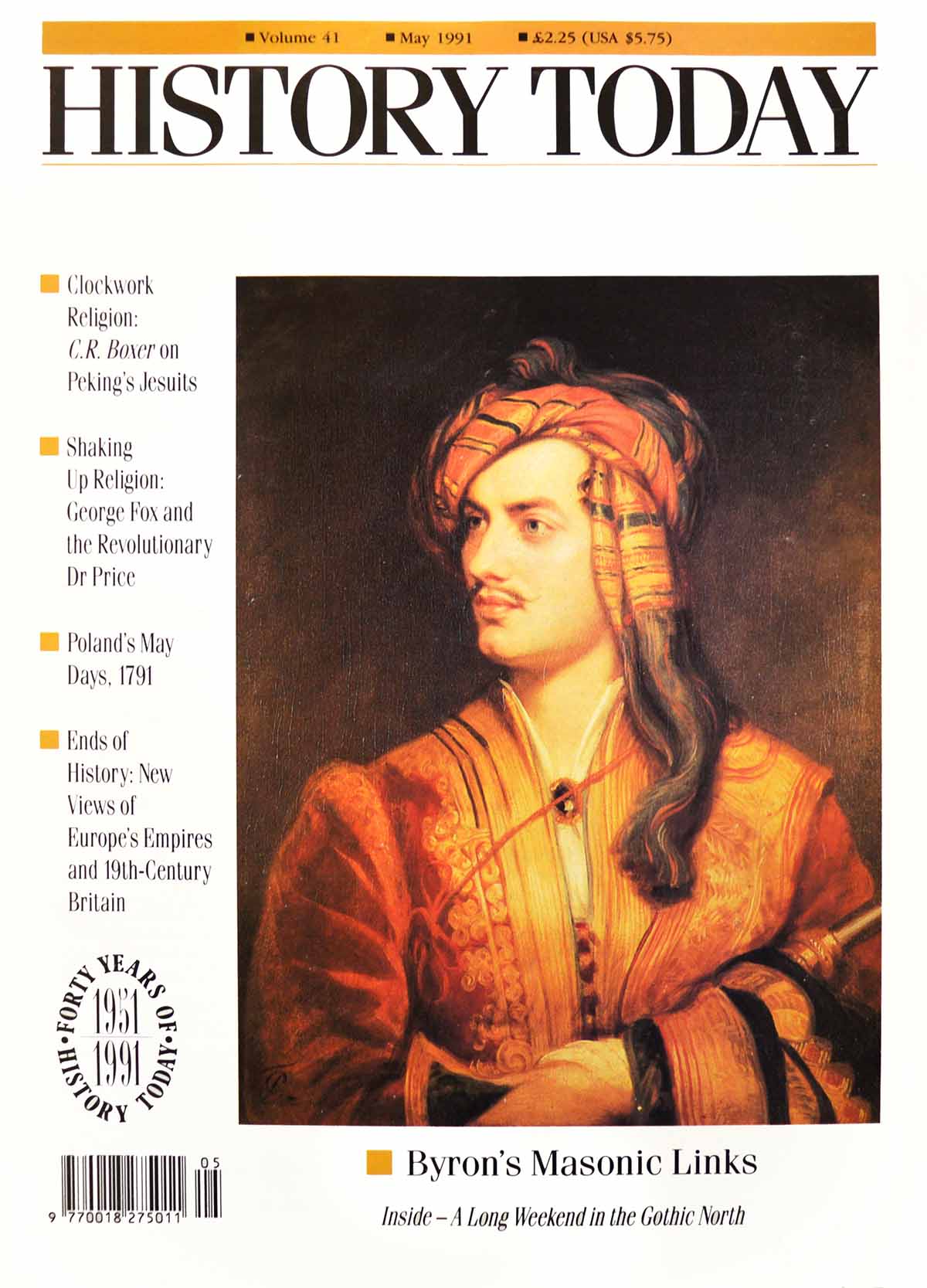