The problems surrounding the discovery of an ancient reptile fossil and its wider implications for cultural heritage.

Prince Rupert and the Surgeons

Susan Collinson dissects the life and ideas of the brilliant nineteenth-century anatomist who developed a biological theory of race, but whose career was clouded by controversy.

The Forming of German Identity

Aram Bakshian delves into the annexe of Presidents in Washington DC

Ann Hills assesses the 'Year of the Maze'

Getting and Spending - William Blathwayt and Dyrham Park

Barbara Murison tells how one of Stuart England's most successful civil servants used friends, influence and resources from around the globe to fit out a palatial residence in Gloucestershire

Frank Griffith Dawson finds echoes of the present in Latin America's financial situations of the past.

To Dig or Not to Dig?

John Crossland on the ethical dilemmas facing those who wish to dig out Battle of Britain planes and pilots. 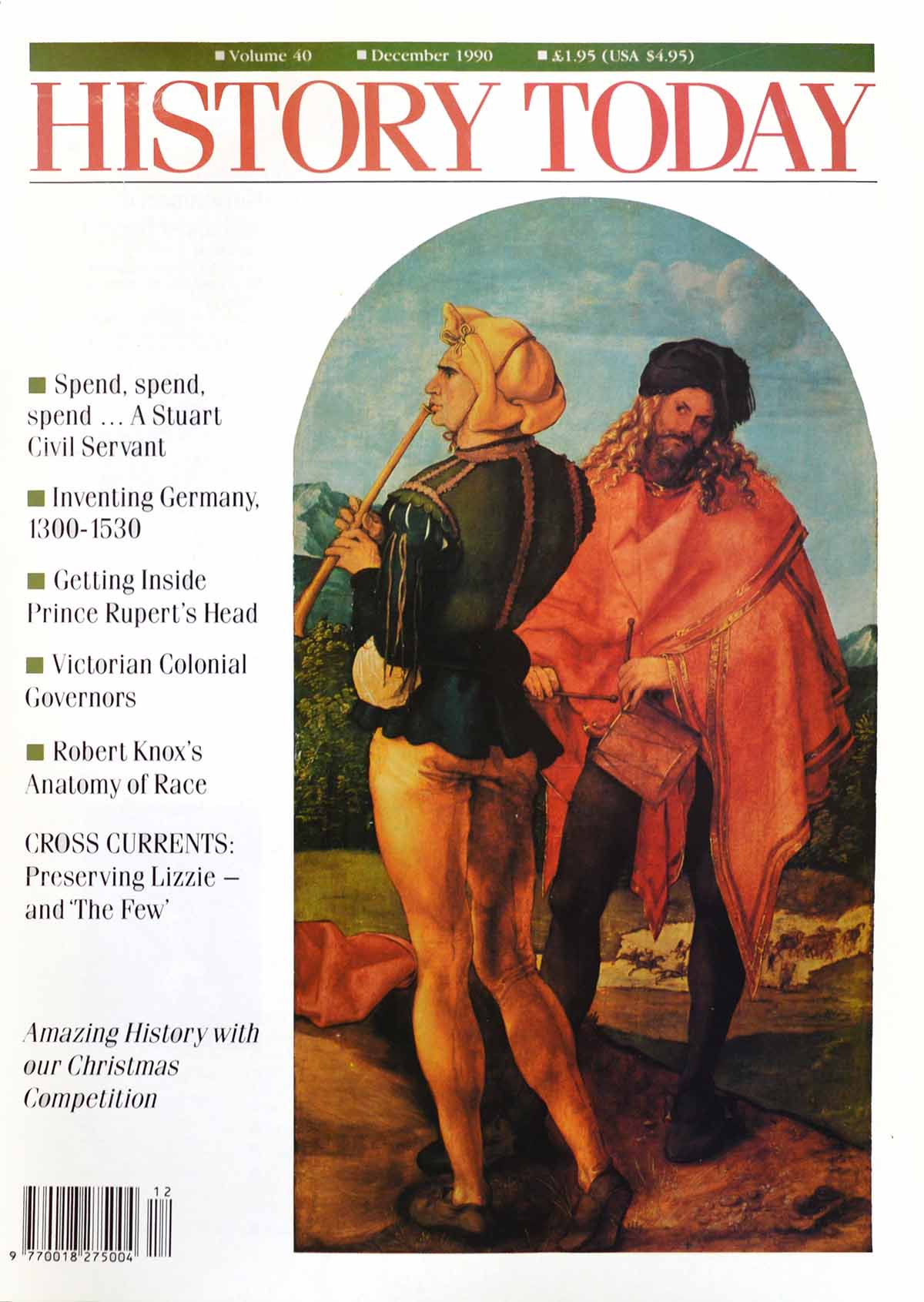