Dickens on Stage and Screen

He may have crystallised our image of the Victorian Christmas, but is there a Dickens for all our seasons? Raphael Samuel embarks on an investigation of how film and stage treatments of his work illuminated changing attitudes to the inheritance of 19th-century Britain.

Nancy Mitford takes a perceptive and ironic look at the reaction of 18th-century French 'society' to the Enlightenment's great philosophe. The author was one of the 'bright young things' who cut a dash in literary society between the wars, but then found more permanent fame through her elegant novels that displayed a sharp observation of class and

The American Revolution: A War of Religion?

Jonathan Clark probes the anti-Catholic actions and millenarian rhetoric of 18th-century America, challenging the assumption that 1776 was solely a product of secular and constitutional impulses.

Rowan Williams examines the career of the 2nd-century theologian whose powerful and idiosyncratic vision illuminates the tensions and development of the early Church.

William Bird looks at how American business and commerce turned to the techniques of advertising and Hollywood to extol the merits of capitalism and free enterprise in response to the anti-corporate liberalism of the New Deal.

'Am I just a crook to compromise in order to get the job done? You judge it, I can't'. Alonzo Hamby traces the web of influences from his boyhood in a Mid-West town that shaped the character of America's 33rd president. 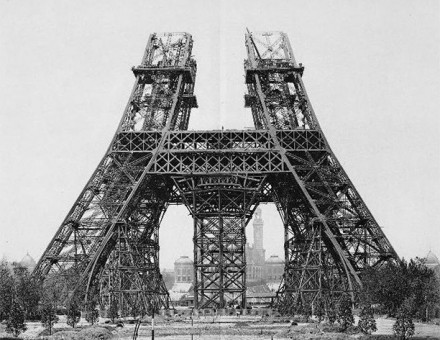 Paris' most famous landmark is one of the world's great attractions, but the plans to build it raised a storm of protest at the time.