A dream world, or a culture of style that carried within it the seeds of self-destruction? Roy Foster marks the high tide of the 18th-century’s Anglo-Irish elite.

Rex Cathcart tells the tale of the strange Christmas and holiday custom that left teachers two or three hundred years ago risking life and limb.

Hunting for a Founding Father

The search for the tomb of Samuel de Champlain, the founder of New France

The Vikings on the Continent

Alfred the Great was not the only one to be beset by Norseman – Simon Coupland and Janet Nelson re-interpret their impact on the mainland of 9th-century Europe.

Richard Cavendish visits an organisation dedicated to preserving the memory of Oliver Cromwell. 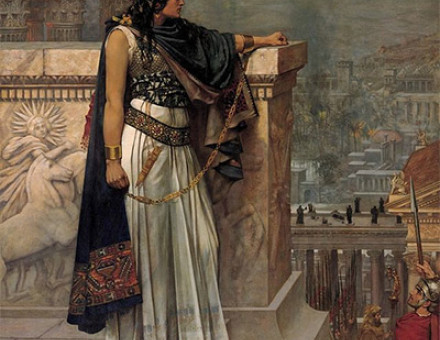 The Syrian Cuckoo: Rome and the Unconquered Sun

Running after foreign gods - Richard Stoneman explains how Rome's Syrian rival, the city of Palmyra, and her formidable queen Zenobia influenced the religion and mores of the later Empire - and brought us in the process Christmas Day.

Tom Nairn looks at the role of the monarchy and its impact on British national identity.