'No Man is an Island'

A 15th-Century perspective on the European balance of power.

Ann Hills talks of the legend of Peddars Way, a Roman road in Norfolk.

The punishment of a rebellious client-state by Ancient Athens was the peg on which Thucydides hung an eloquent discussion of the morality of power and violence.

The redevelopment of Toxteth in Liverpool means it now once again accommodates the middle classes, Tony Aldous talks of it rehabilitation.

Roy Forster takes a closer look at the history of Home Rule and Union over the last century.

Timothy Benson assesses Hitler's irritated reaction to being lampooned by David Low of the Evening Standard.

Kenneth Fowler looks at the genius of the 14th-century French courtier and chronicler and how he captured the spirit of his age in a sophisticated and complex narrative.

The Origins of the Hundred Years War

John Maddicott argues that Edward III's bid for glory in France was motivated by concerns about England's neighbours and trade as well as amour propre for his claim to the throne of Philip of Valois.

As Others See Us: Islam and the West

Francis Robinson takes a look at how Muslims breached the culture gap with the western world.

Famine in the Ancient Mediterranean

'Bread and circuses' - the control and availability of grain was the key to political power and social stability in the ancient world. 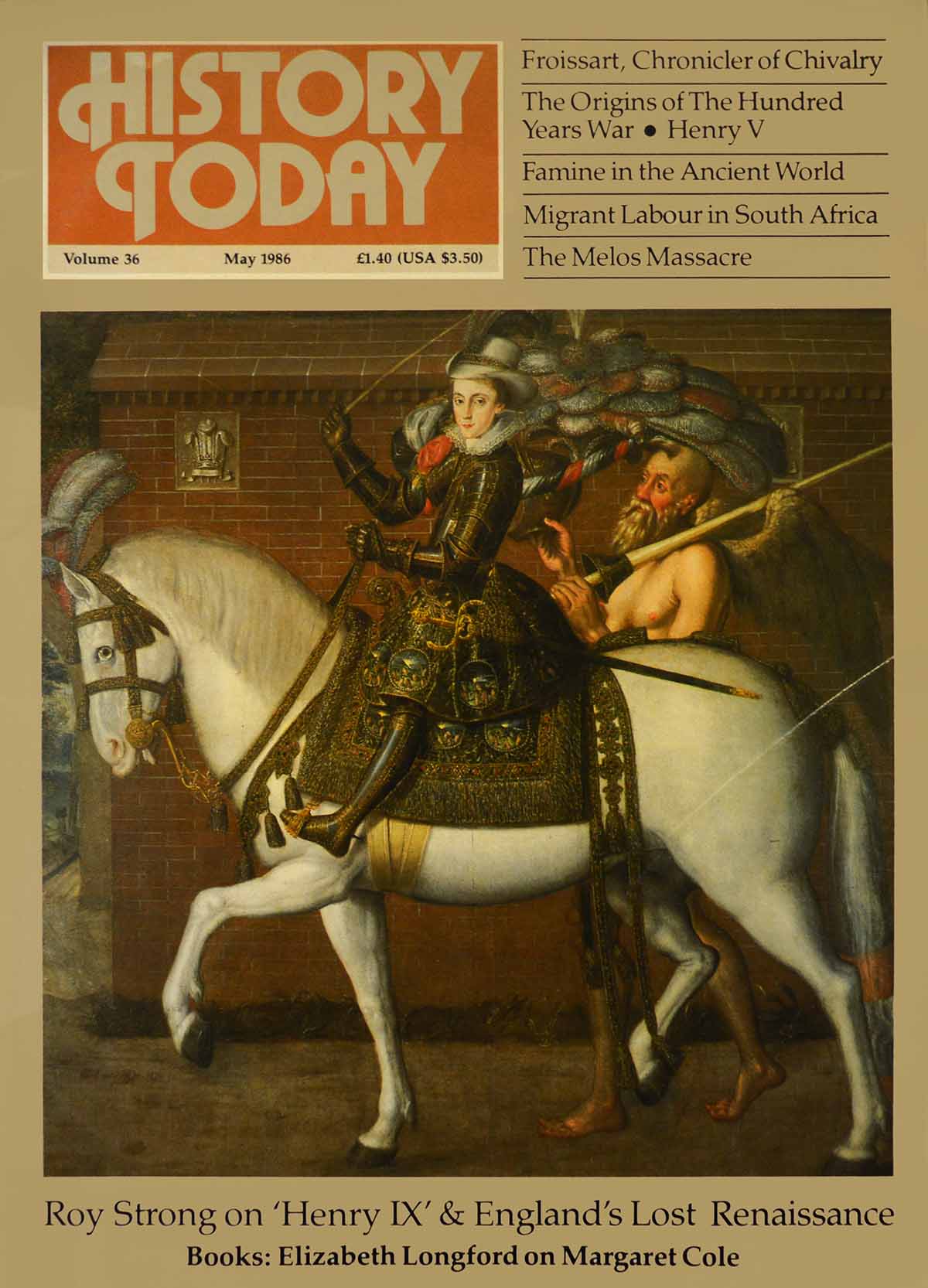