A debate over the reconstruction or preservation of archaeological sites.

Paul Dukes explores some of Hungary’s turbulent history and culture dating back to the thirteenth century.

Paul Preston investigates the media and publishing trade in Spain.

The Vikings as Town-Dwellers

Warriors but adaptors - the Vikings built on existing urban settlement to produce towns like York and Lincoln, prosperous and busy with domestic manufacture and international trade.

Felix Barker reflects on the forgotten Low Countries war of 1586.

Peter Burke on a pioneering historian of 'spirit of the age', who pushed back the frontiers of cultural history.

Anthony Eden and the Suez Crisis

'In trying to preserve the political conditions of international life, he allowed himself to become unscrupulous' - thirty years on Eden's coup de main against Nasser seems less untimely realpolitik and more moral dilemma.

Ian Mitchell explores the Märkisches Museum devoted to the history of Berlin and the Mark Brandenburg. 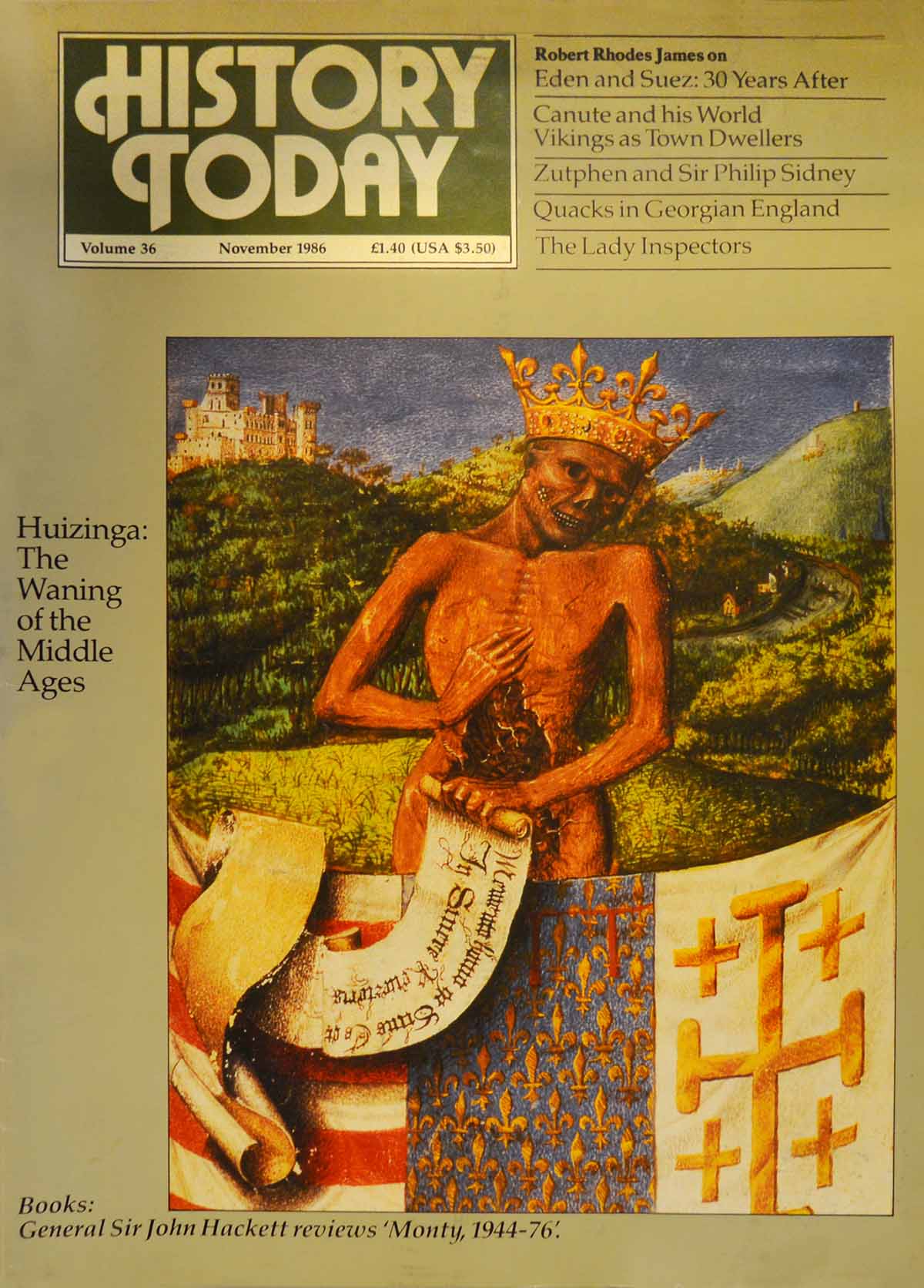