Tien Ju-Kang explains how, during the Mongol Yuan dynasty, the government entered into an unlikely and uneasy alliance with Chinese pirates to ensure the supply of grain to the northern capital.

Nancy Lockwood Adler considers the restructuring of the Sicilian town in the wake of the destructive earthquake of 1693.

The Bishop and the Bomber

The role of the Church in wartime has always been ambiguous. Today, with the question of nuclear weapons to the fore, churchmen are again in conflict over the moral issues involved. With this in mind, Geoffrey Best considers an earlier occasion when the Church found itself in a similar dilemma.

Roy Porter on a Scottish doctor who became the fashionable surgeon of choice in 18th century London.

The City States of Classical Greece

N.E.R. Fisher surveys the historiographical treatments of these ancient democratic states, in this month's Reading History. 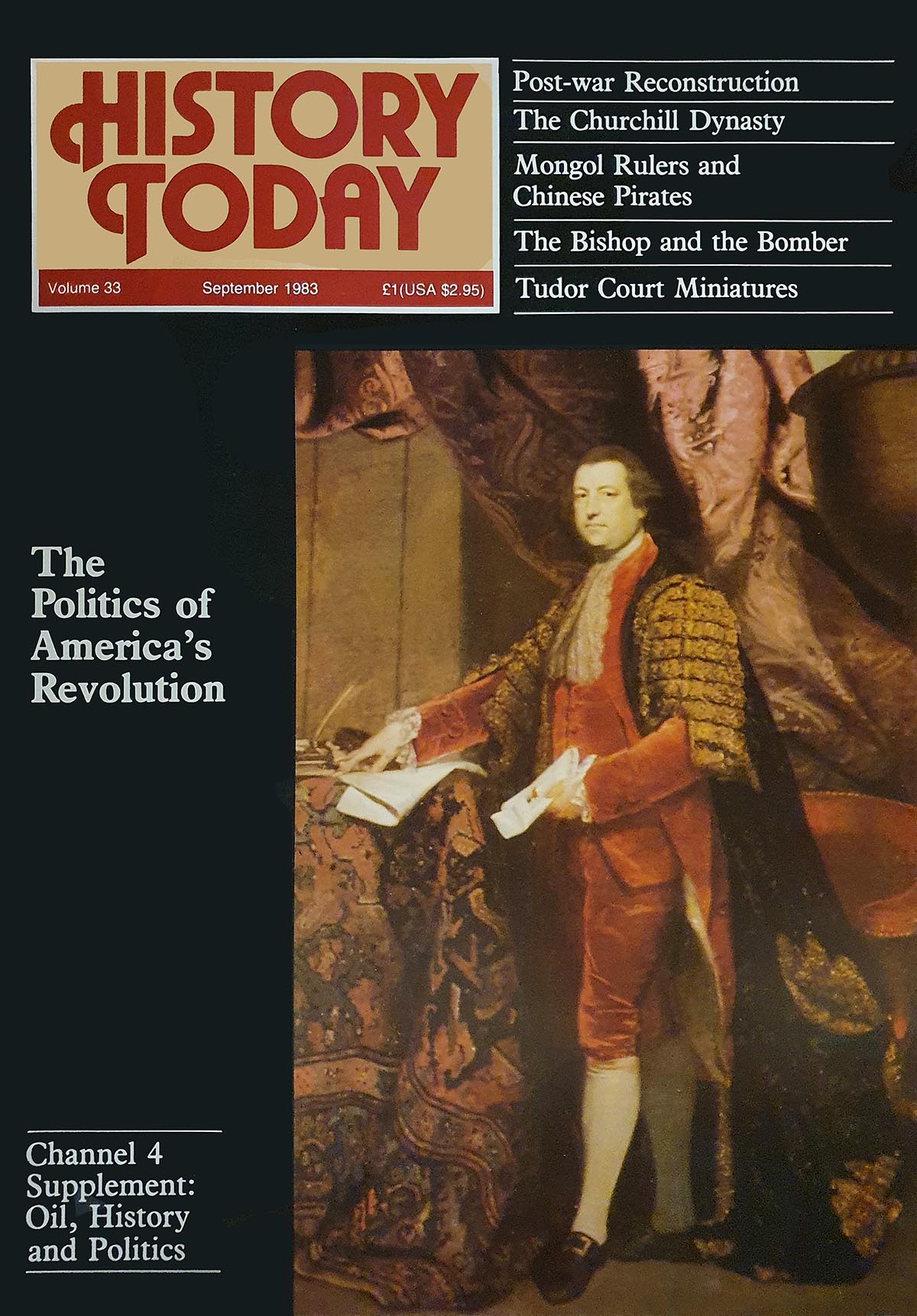