Before the coming of industrialisation in Europe, the vast majority of men and women lived in the countryside, working the land, surviving the best they could, evolving a culture and folklore of their own.

In post-reformation England, recusants were punished for their failure to attend Church of England services. The Tichborne family, explains Teresa McLean, was amongst the most intransigent in the country and Chideock Tichborne became a romantic martyr of this opposition.

The 'City of Gold' is two places, explains Gilliian Tindall. People have been coming to Bombay for 300 years, hoping to make their fortune. But in their search for gold many have died. Their bodies were laid in a place known as Sonapur, which also means 'the city of gold' since, according to an Indian saying, to die is to be turned to gold.

Montagu House was built by the first Duke of Montagu, who 'made money like a rogue and spent it like a gentleman' on his patronage of the arts, the finest examples of which were to be found in this London house which was to become the first home of the British Museum.

'A Tyranny Against Nature': The Untouchables in Western India

In this article Rosalind O'Hanlon describes the effects of Hindu religious hierarchies upon the daily life of Untouchables in traditional Indian society and discusses some of the forces associated with British rule that worked to change both the social position of Untouchables and their perception of their position.

The Coronations of Henry VI

The boy-king Henry VI was crowned King in England and in France. But the symbols of regal majesty at his Coronations, argue Dorothy Styles & C.T. Allmand, could not disguise the fragility of the union. 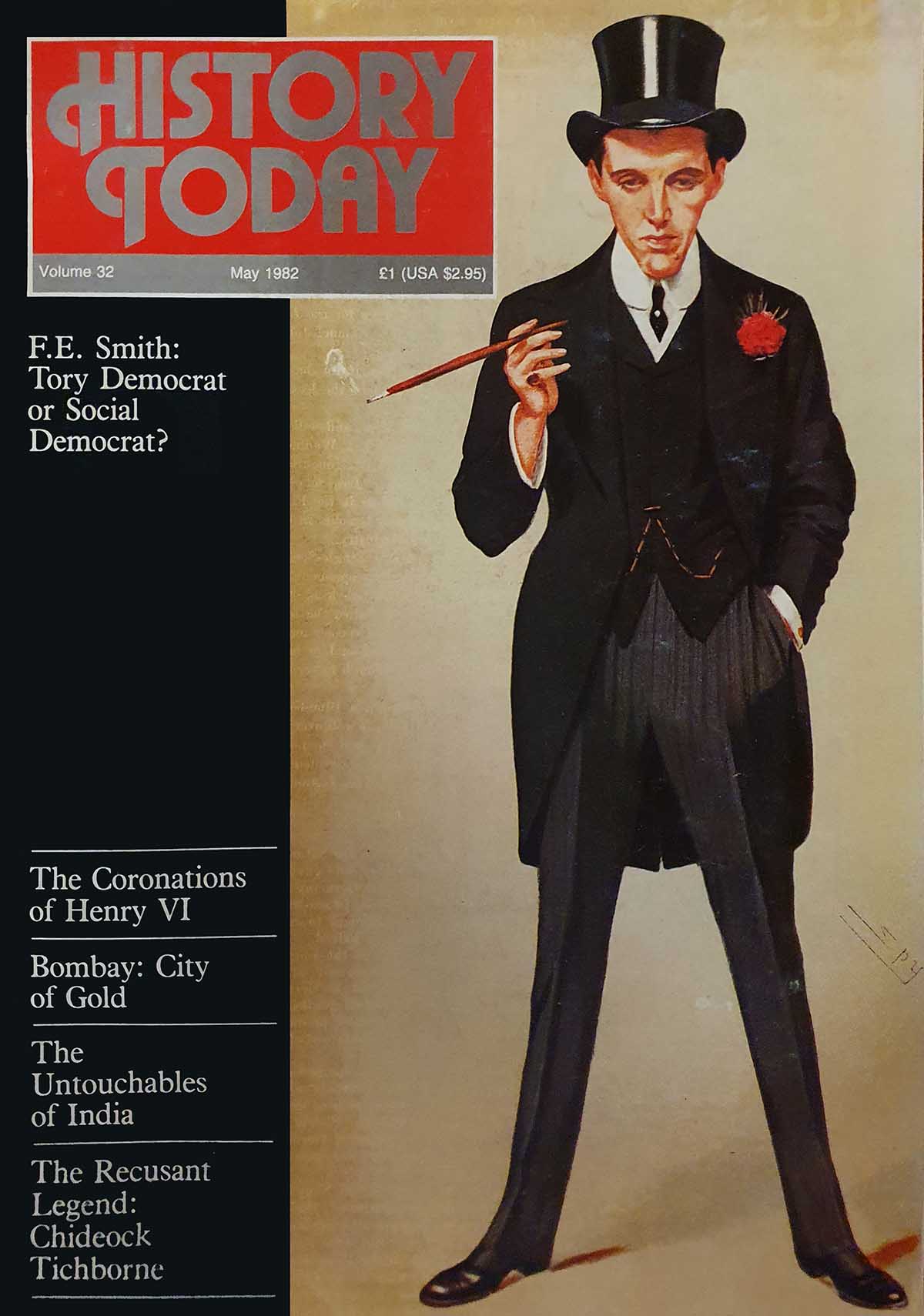