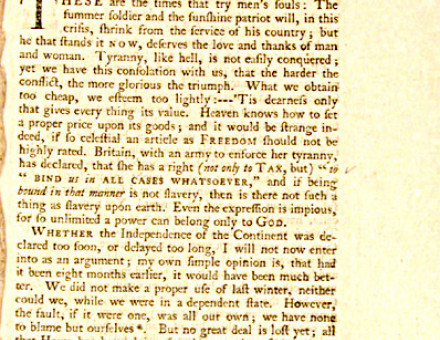 Stuart Andrews shows how Tom Paine not only popularised the idea of American independence but helped to keep the spirit of Union alive through seven years of war.

Sir Charles Napier and the Conquest of Sind

William Seymour argues here that the determination of Sir Charles Napier to uphold British interests in Sind led to coercion and eventual war. Much criticised for his high-handed approach, Napier nevertheless proved an efficient administrator for this conquered land.

Edward Gibbon and The Golden Age of the Antonines

The Decline and Fall of the Roman Empire appears to offer a paean to the civilised society of the Antonines. But Gibbon, as A. Lentin reveals, was well aware that it bestowed 'the benefits of order' without the 'blessing of freedom'.

Good Lords and Kingmakers - The Stanleys of Lathom in English Politics, 1385-1485

Michael J. Bennet shows how, maligned as self-seeking opportunists, the Stanley family can be seen to have adhered to principles of wise statesmanship which were to earn them accolades as 'good lords' and 'king-makers'.

Hobbes and the Treason of the Intellectuals

‘The Universities have been to this nation as the wooden horse to the Trojans’. An article by Irene Coltman Brown.

Geoffrey Parker looks at the moment when the representatives of certain provinces of the Netherlands met together to depose their lawful sovereign Philip II of Spain.