Ightham Mote: The House and its Buildings

The word 'monument' contains two ideas: 'commemoration' and 'survival'. Historic buildings of all ages commemorate the past because they are as integral a part of it as are written documents, which are sometimes described as 'monuments' in their own right.

Law and Disorder in Stuart and Hanoverian England.

Ragusa: The City Republic of Dubrovnik

In the Middle Ages the 'Jewel of the Adriatic' occupied an important place in the intellectual and economic life of Europe.

Nineteenth-century Argentina and the United States shared similar frontier problems, but Argentina had both a northern and southern frontier to defend against Indians.

Scotland was a much more disciplined society in the years before the Industrial Revolution than has usually been supported, as Lenman and Parker, the authors of the first of these two articles on 'Crime in Britain 1500-1800' show.

South Africa - 'The Myth of the Empty Land'

Shula Marks examines the abundant archaeological evidence, much of it recently gathered, for the widespread settlement of South Africa before 1488 when Portuguese sailors first reached the Cape.

Frontier of Illusion - The Welsh and the Atlantic Revolution

Inspired by the myth of Prince Madoc who was believed to have discovered America before Columbus. Welshmen sought to establish 'Gwladfa' a national home for their people in the new land and sought contact with the Mandan Indians who were said to be Welsh-speaking.

A Nazi Travels to Palestine

Baron von Mildenstein and the S.S. support of Zionism in Germany from 1934-1936. 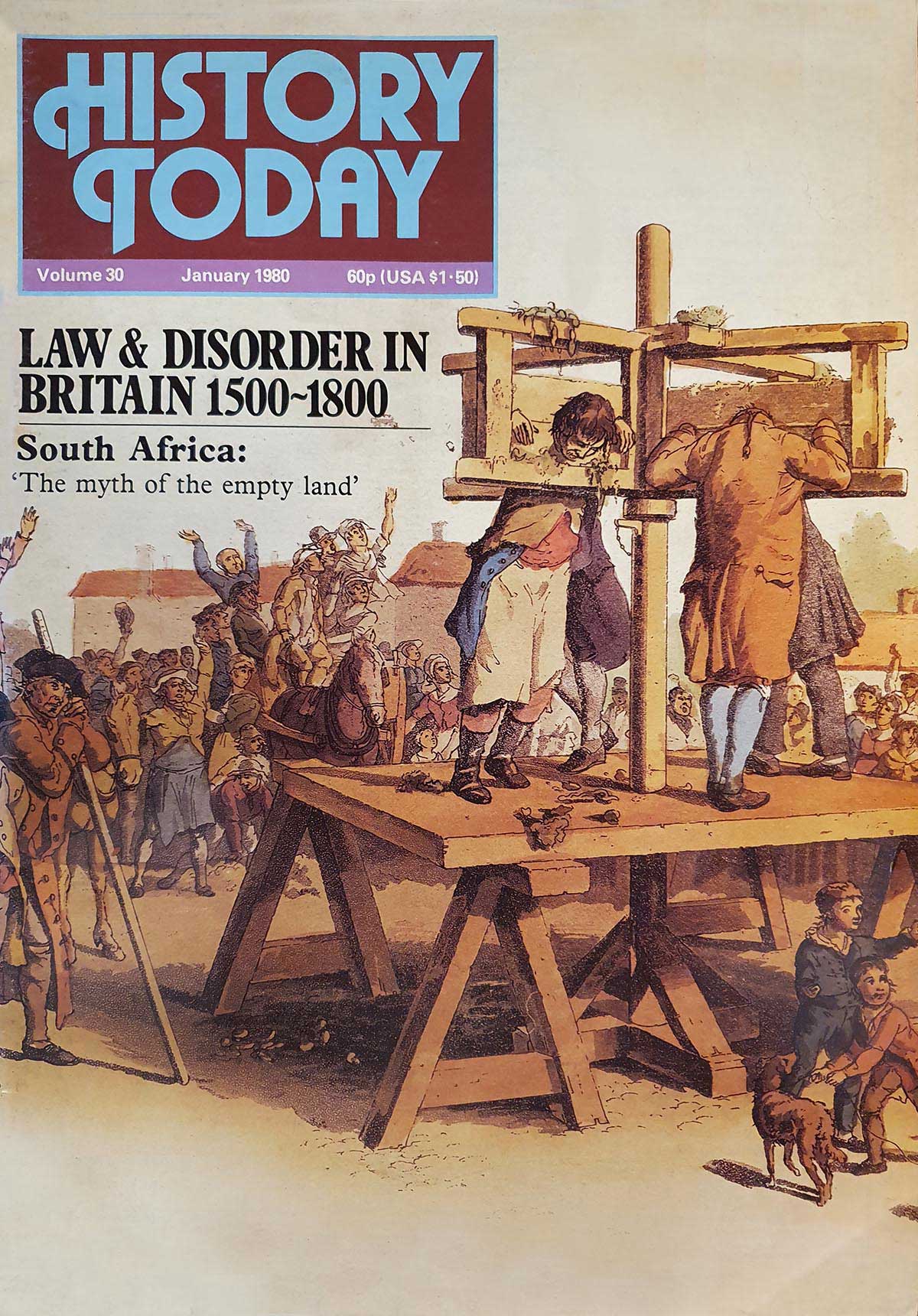