York Minster before the Reformation

York Minster was dedicated in 1472 after two and a half centuries of building. L.W. Cowie describes how it still affords insight into medieval life.

William Gregory: Champion of the Confederacy

Brian Jenkins describes how, during his visit to America in 1859-60, Gregory conceived an admiration for the South and was its Parliamentary protagonist until 1863.

The Place of Romania in European History, Part I

For centuries before independence in 1877 the Romanian principalities led a precarious life of their own, writes Kenneth Johnstone.

The Death and Resurrection of Rome

From A.D. 400, writes E.R. Chamberlin, imperial Rome was subject to pillage and plunder, but Popes in the Renaissance destroyed in order to rebuild.

Goethe and Weimar: The Intellectual Capital of Germany

Robert Hermstorff describes how Goethe moved to Weimar in 1775 and during the rest of his long life made the small Saxon town the centre of German letters and learning.

Neil Ritchie traces the career of a Norman Crusader in Italy, in Syria and in wars with the Byzantine Emperor. 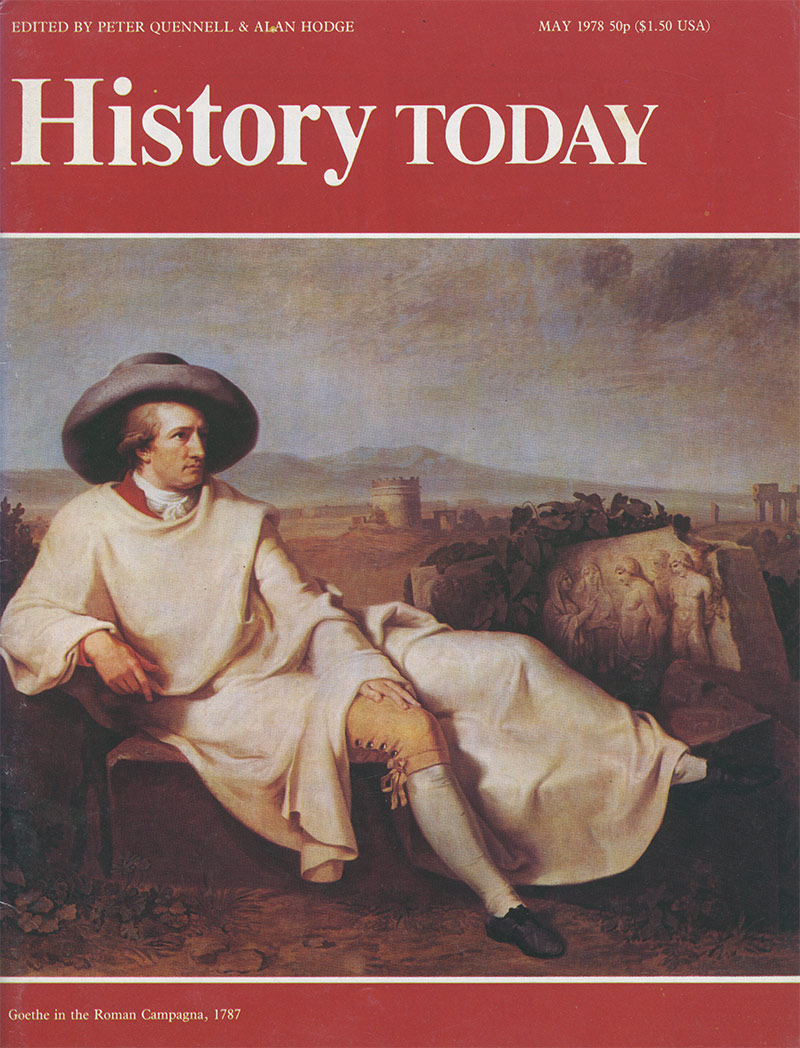